Today finally I got to see the Avatar movie by James Cameron in my local Imax movie theater. I’ve heard mostly positive reviews about the movie and since I’m very much into both sci-fi and fantasy, I enjoyed it immensely. I really liked the 3D effects and great CGI… and massive usage of Apple iPads, just have a look: 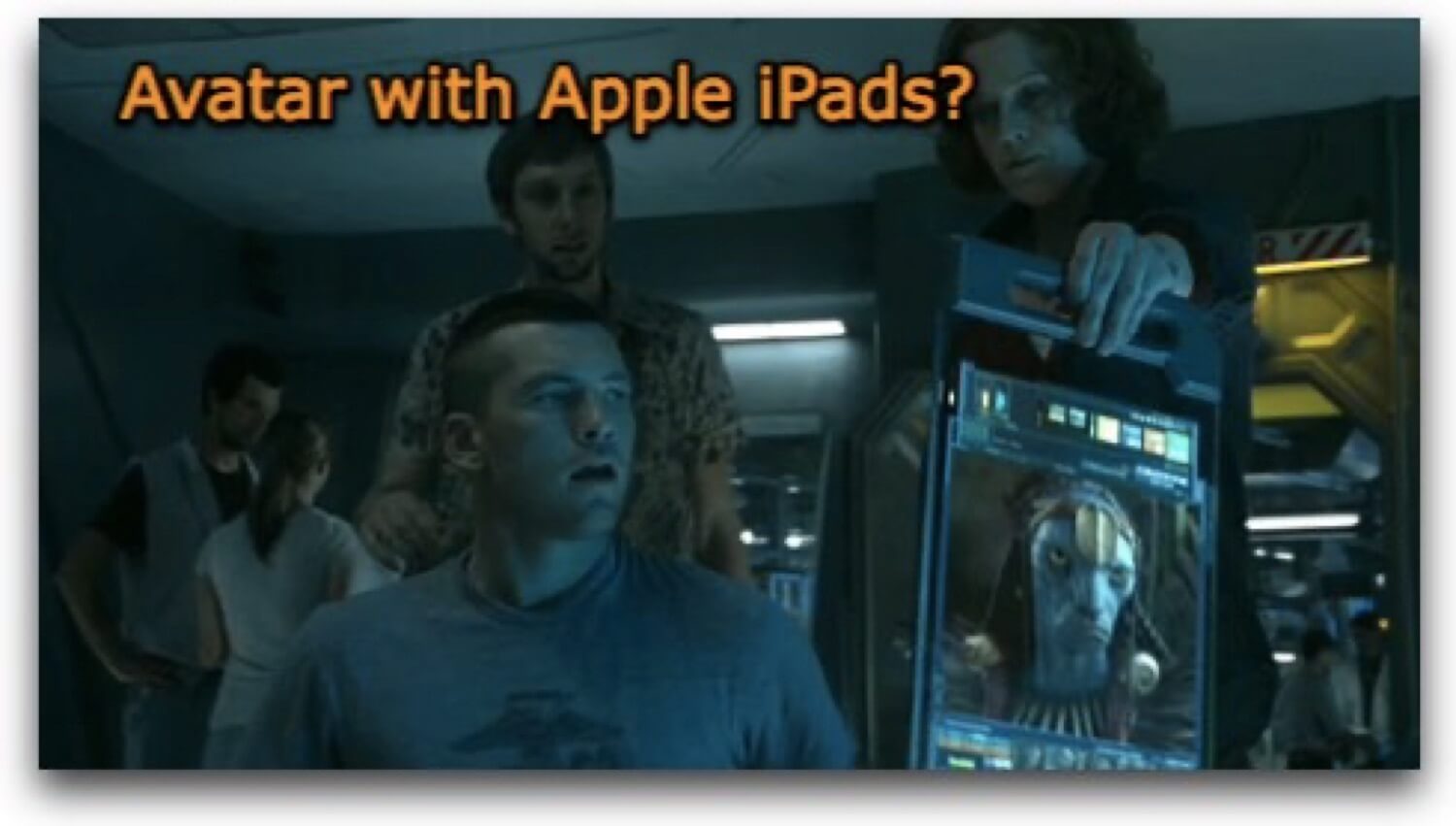 OK, these were not really iPads Steve Jobs unveiled on their Apple special event, but the basic assumptions about the “fictional” devices the protagonists were using are exactly the same as the ones that constitute the foundations of the Apple’s gadget.

Touch interface is everything

I’ve got an iPhone for a few years now and I’ve written how iPad will improve your productivity and I strongly believe the touch interface will make a huge difference on the way we use our computers in the future.

Touchable (is that a word?) interface will be ultimately flexible because it will adjust the interface (and input devices like keyboard) to the task or app at hand. It’s like with the iPhone - they keyboard pops up when you need it and the layout of the keyboard depends on the context, too!

We love touching. I’m using a Magic Mouse now and I love it. No buttons, just gestures and a surface I can touch. Same for the iPhone. We love touching things, not pressing them.

Watch The Avatar again and focus on the places they show the cool touchable screens and the iPad-like devices and they are just stunning. They look great and they seem to feel great. And cool.

Have you seen Avatar? And the kinda-iPads in there? Did they draw your attention?