As Apple has lots of cash in the bank (both national and abroad) and their main source of revenue is the iPhone. Now, everyone is looking at their massive pile of cash and suggesting what they should do or buy to find another massively profitable business like the iPhone. As Elon Musk, the founder of the electric car manufacturer Tesla, was meeting with Apple’s head of acquisitions, people have speculated Apple was going to buy Tesla and build an iCar. While this might sound ridiculous at first, let’s entertain this thought for a second… as I believe such a transaction makes sense on many levels. Here’s my take on it. 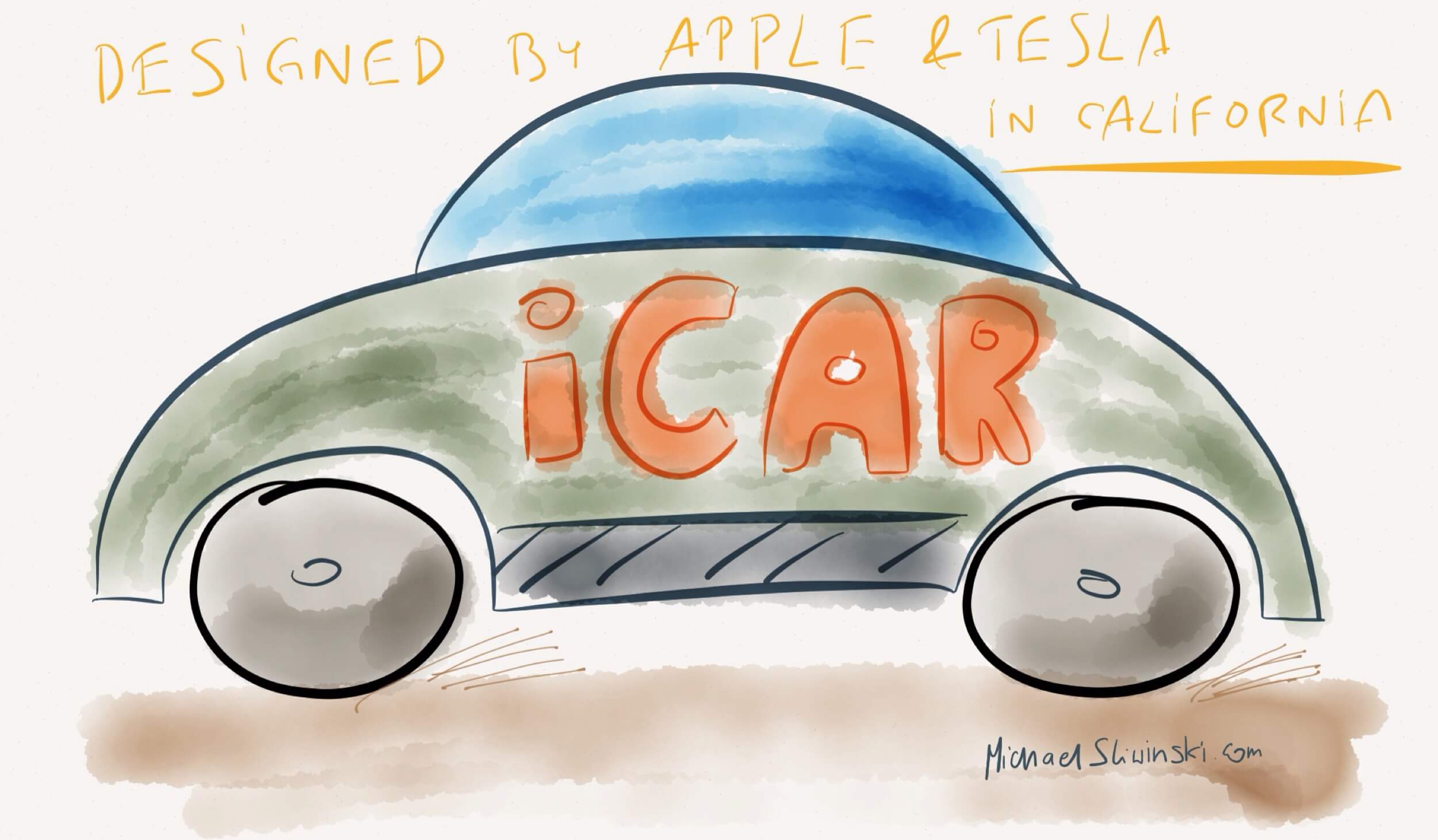 When I went to the ICE LIVE conference in Finland, in the expo area there stood a Tesla Model S car… and I had a chance to check it out, talk to the dealer… and came out really impressed. There is no real engine there (just a small electric one), the whole bottom of the car consists of batteries, it has a giant 17’ display inside with additional displays all over the dashboard… and yet the “performance” version of the car beats BMW M5 in a drag race… so while I don’t think Apple would be interested in building cars… but in building computers on wheels, “smartcars”… it is an entirely different story:

The car as such needs disruption

Toyota Prius was a first step… but it’s still a car with an engine and all of its shortcomings. Tesla Model S is a computer with wheels - it’s a totally different beast - and it disrupts the entire notion of a car. And it’s actually better than a car. Consumer reports named Tesla Model S the best car ever, period. Not the best electric car. The best car. There are no shifts, no gears, no enormous engine, most of the things (apart from the wheels) are totally re-visited and different from any other car. It’s a “smartcar”.

With iPhone Apple renivented the phone. With iCar Apple can reinvent the car.

Just like with the iPhone, Apple built a mini computer that could also make phone calls and entered a crowded market dominated by RIM (Blackberry), Nokia, Motorola, SonyEriccsson, Samsung and others. Apple was supposed to be a niche player, yet it has most of the mobile phone industry profits and sells a ton of iPhones every day.

With the iCar, Apple can build a computer that can drive and again, enter a very crowded market of many manufacturers who rely on fuel. Apple has the money and the power to disrupt this industry and sell a ton of iCars as well. And margins and profits on the cars are huge. Maybe not 40% margins like on the iPhones but still pretty solid.

Tesla sells a Roadster, Model S and Model X in the future. That’s it. Apple is also focused on selling only few models of iPhones… whereas Samsung has a gazillion phones to choose from. The same applies to the car industry.

As the potential iCar is a giant computer, everything Apple needs to build Macs, iPads and iPhones: batteries, screens, processors, etc. can be used in the iCar, too. The Research and Development would work on revolutionary technologies for all of Apple’s devices.

As Jean-Louis Gassee points out, both Tesla and Apple have a hunger for lots of batteries and probably should work together on them.

It’s all about the ecosystem

The power of the iPhone was also in the support of the iPod dock/plug as well as content from iTunes, Macs, PCs… there was an entire ecosystem.

In the case of the iCar, it’s a similar situation. Apple already introduced CarPlay - it wants iPhones to be an integral part of the cars. With an iCar workig seamlessly with the iPhone, yet again Apple can control both hardware and software. With CarPlay they rely on other people’s hardware (I mean the car of course).

What’s more, Elon Musk is already thinking about an ecosystem - Tesla is building charging stations for the Model S - they are in many places in the States now, in Norway… and start showing up in other countries. A great ecosystem is key in distruping the incumbents and Tesla is on its way. Apple, having presence in many countries, could help and speed up the process.

I never bought a new car, although I tried several times… and always ended up getting a used car I found on the Internet without the agony of spending lots of time at the local dealer. As Apple improved the retail experience for its gadgets, they might also improve it for car buyers.

Tesla cannot keep up with production… and needs more money… Apple has both.

Apple knows how to produce stuff on a massive scale and has lots of cash. Together they could really take Tesla’s efforts to a whole new level and speed up the disruption of the car industry. People love cars, people need cars… and people spend money on cars… they even get loans to buy cars. It’s an enormous market and it’s not far off from what Apple is doing.

Apple has redefined what a computer is. Apple has reinvented the music player (iPod), the phone (iPhone), the personal computing device (iPad) and now it has a chance of reinventing our form of transportation with the iCar.

Question: Do you think it’s really possible that Apple does that? Do you agree with my reasoning? The more I think about it the more it makes sense, what do you think?

Disclaimer: I’m a proud owner of both the Apple gear and also Apple stock. Unfortunately not enough to have any influence on whatever Apple does. And it’s better that way :-)

Oh, and here’s the drag race between Model S and M5: