When Steve Jobs came back to Apple in 1997 some called it the biggest turnaround in business history. From company losing money every year, 13 years later Apple is worth more than Microsoft and is one of the biggest (in terms of value) in the world. Just today I’ve watched again the keynote Steve made and there are incredible lessons to be learned from Steve: 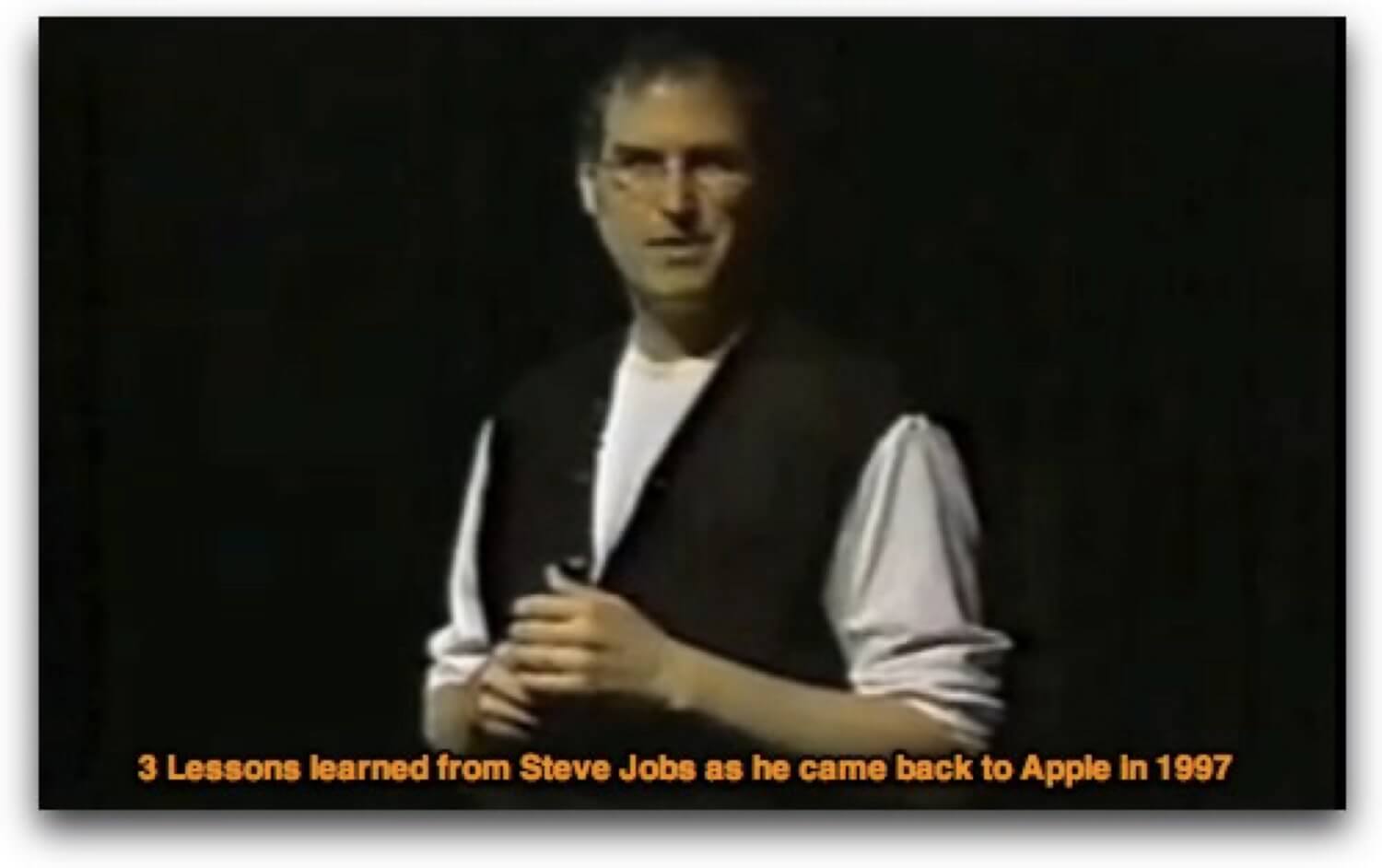 What Steve did was change the board of directors at Apple. He invited CEOs of successful companies like Intuit, Oracle, DuPont, etc… to make sure he has the right guidance making the changes needed for Apple to be relevant again. Steve apparently doesn’t believe he knows everything and he decided to ask for guidance the best and the brightest in the industry.

The same idea struck me when I was listening to the “Facebook Effect” book - where the author highlighted the role of mentors in Mark Zuckenberg’s business career. Mark’s regularly meeting Steve to talk about business…

Lesson learned: I think I gotta find me some more mentors… :-)

2. Focus on the good

Instead of complaining, Steve started to search obsessively for places where Apple excelled and was surprised to find out that while their market share was about 7%…. they had more than 80% market share in the graphics design industry and more than 60% in education. That proved to be a great base to start building on.

This is one of the keys to success - positivity and finding the good stuff and building on it. This was one of the lessons learned from the book Switch by the Heath brothers who wrote that to make the change happen… you need to focus on the good.

Lesson learned: When developing Nozbe more, I need to focus on what it excels at and on the markets that love it

At the end of the presentation Steve says something that is just monumental:

This is what the business is all about. It’s not about killing competition. It’s not about fighting someone. It’s about making great stuff and innovating and making a dent in the universe. This is why I love my job so much, why I’m thrilled to work on the stuff I’m working on… because it helps tens of thousands of people from all around the world get stuff done. This is why I love my lifestyle internet business.

Lesson learned: I’ve got lots of competitors… but it’s not competitors I should be caring about, it’s my users!

There’s more to learn from Steve

I’m sure there’s more, so make sure to learn your lessons from Steve, the CEO of the decade.