I love documentaries. Just as last week I watched Rams this week I watched the Workplace and boy, I have thoughts on this. I suffered through this film as I watched how a wealthy design firm is creating their new offices with a help of a famous architect firm. Basically they are building a design marvel that will achieve anything but help their team members get stuff done. I cringed throughout the movie, here’s why: 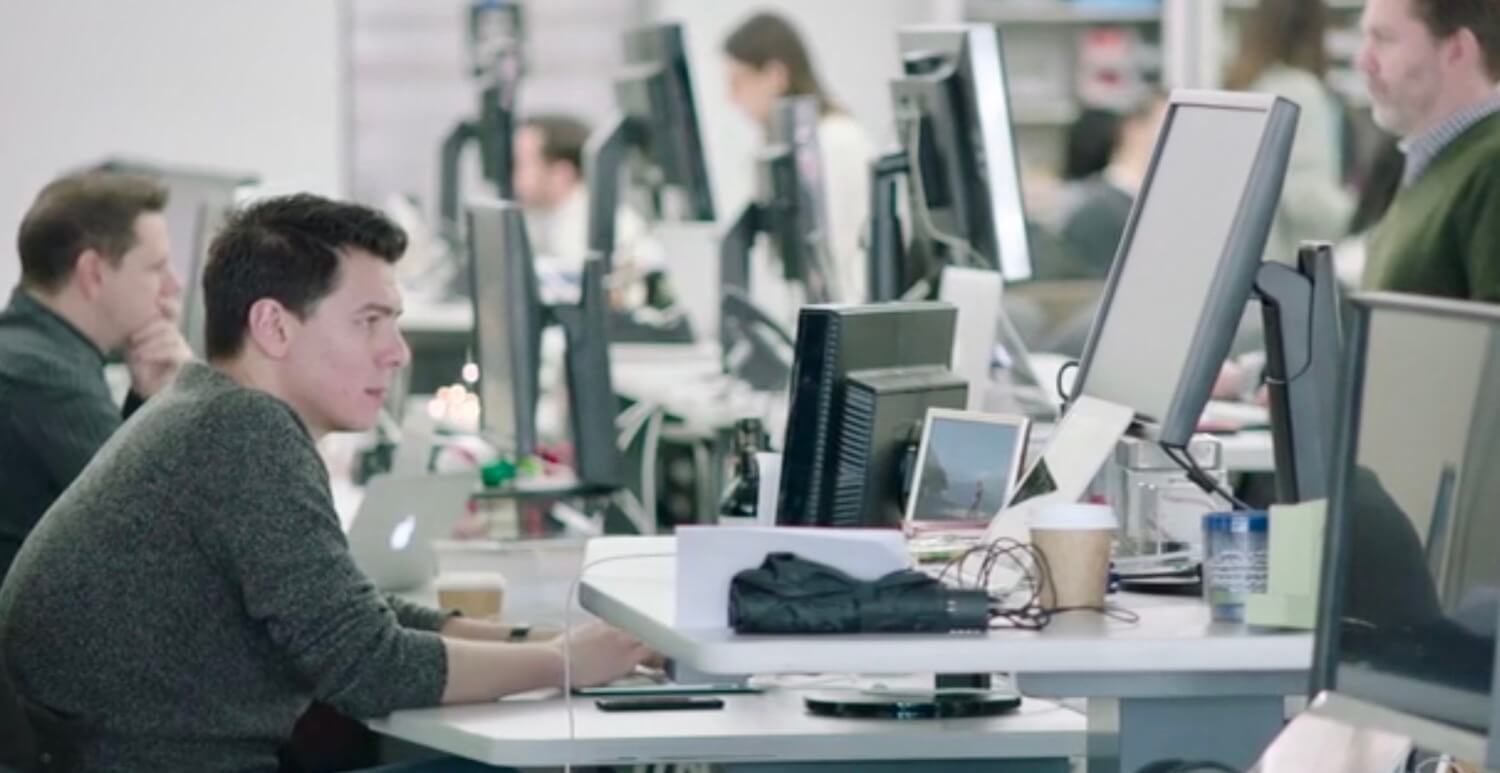 The movie shows perfectly how oblivious the company’s CEO is - he thinks he’s building a future of workspace - while what he’s really doing is creating an open office just like they did a century ago. He’s converting his team members who are in theory white collar / knowledge workers, that is people who primarily use their brains to create value… into blue collar / factory workers.

There are no private offices (apart from the CEO who somehow deserves one, even though he’s mostly traveling and usually not there for most of the time!), just desks that can be re-shuffled the way you want…

Like if writing on a keyboard next to someone else would improve your productivity - this is not piano - you’re not playing literally together! See photo above.

And the best part, in the film there is a scene where the employees are explicitly asking for more focused and quiet spaces… and the CEO’s answer is: of course, yeah, kinda, not really… and later they only get a bunch of huddle rooms…

It’s all about “random chat”, “collaboration”, “serendipity”, “casual exchange of ideas”… and that’s great, but even if you do get a great idea like this, then when in the hell would you find the time and focus to write it up? To prepare it? To look at it from all angles in peace? To really dive in and analyze it? Well, not here…

Basically by designing the office like this, they believe that serendipity is the mother of all creation.

That these brilliant people who work for this important firm and earn huge salaries actually rarely come up with brilliant ideas… unless they bump at each other. So let’s make sure that they do, right?

Seriously, it’s prioritizing chatting, “collaboration”, serendipitous encounters… over good 2 hours of focused work which give you a chance to start digging into an idea and shaping it up.

It’s modern, because… it has an app and screens all over the place!

Wow, that was a kicker - this new office is modern, because they have lots of beacons and a dedicated app. So cool.

And they have screens and projectors all over the place so that they can show off their designs to people who are there and keep them distracted.

That’s right. You’re being too focused in your open space sitting next to hundreds of people working on their computers? Don’t worry, we’ll make sure you get distracted by beaming marketing, self-congratulatory messages and images around you. This way you’ll have no fighting chance of getting any kind of focused work done.

It’s modern, because… they have “natural light”, i.e. lots of modern light bulbs!

Another thing they admitted their employees really wanted (apart from focused workspace) was lots of natural light… but because this office floor is very deep, there’s no physical chance to do that.

So instead of getting another office space that would actually give them natural light, they stuck with this one because of what they needed (good address, central and hip location in NYC) and shoved lots of “modern” light bulbs that in theory imitate natural light.

Natural light is… natural. Artificial light, as intelligent as you want to make it, will still remain… artificial.

It’s modern, because… there are stand-up desks!

I love stand-up desks, so I totally get that part. I’ve been working standing for almost a decade. I just recently updated it, but I’ve had a modern IKEA desk from 2016 and I’ve experimented with different kinds of stand-up set-ups already back in 2012. So I applaud this choice (at least something, right?). 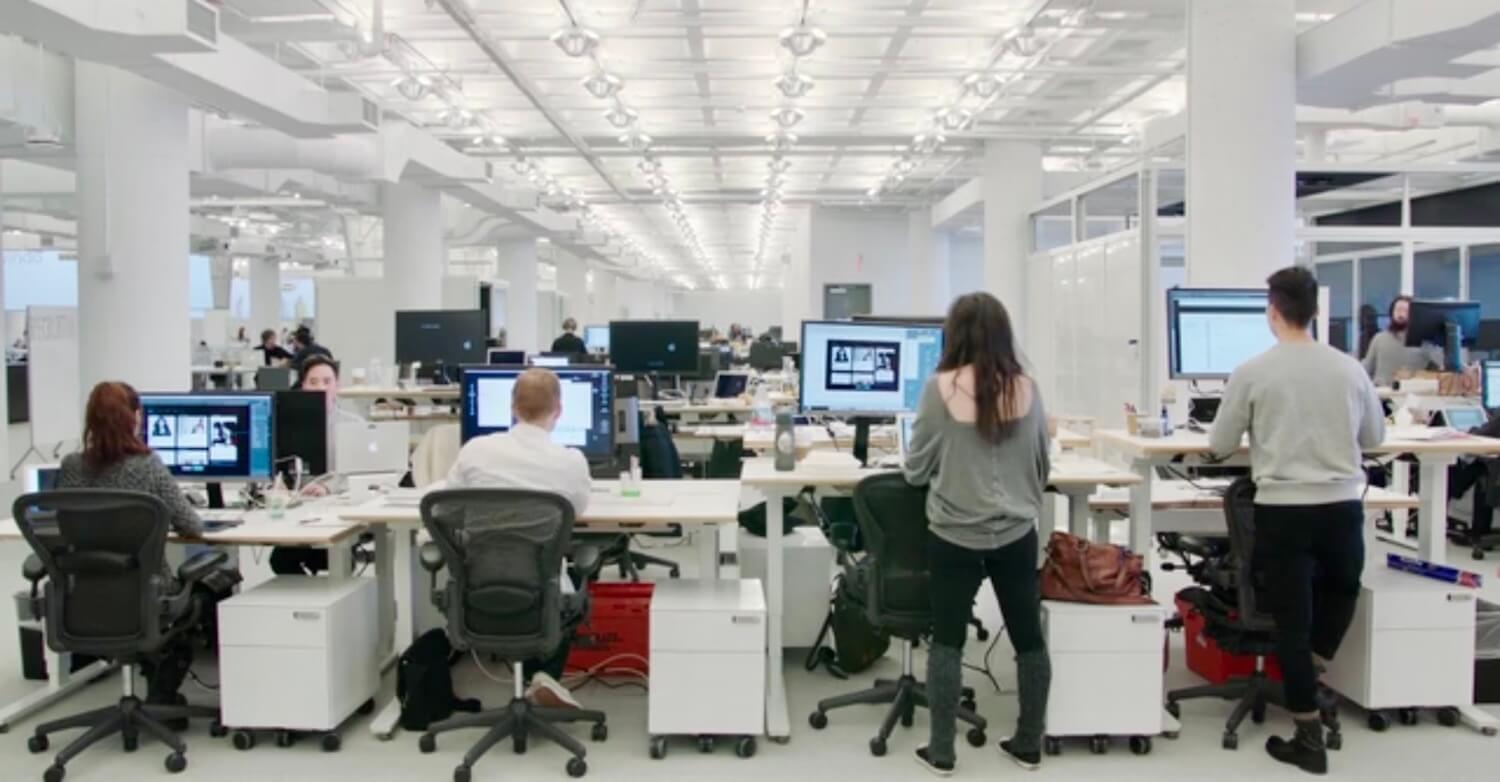 Until you talk to their CEO and he admits that he finds it odd that some people use the stand-up desks as a chance to play hide and seek.

That’s right, they use these desks at full height to be able to hide and find some place away from everyone. Isn’t that symptomatic? Doesn’t this tell you how much these people really want to get away from there to be able to get some meaningful work done? 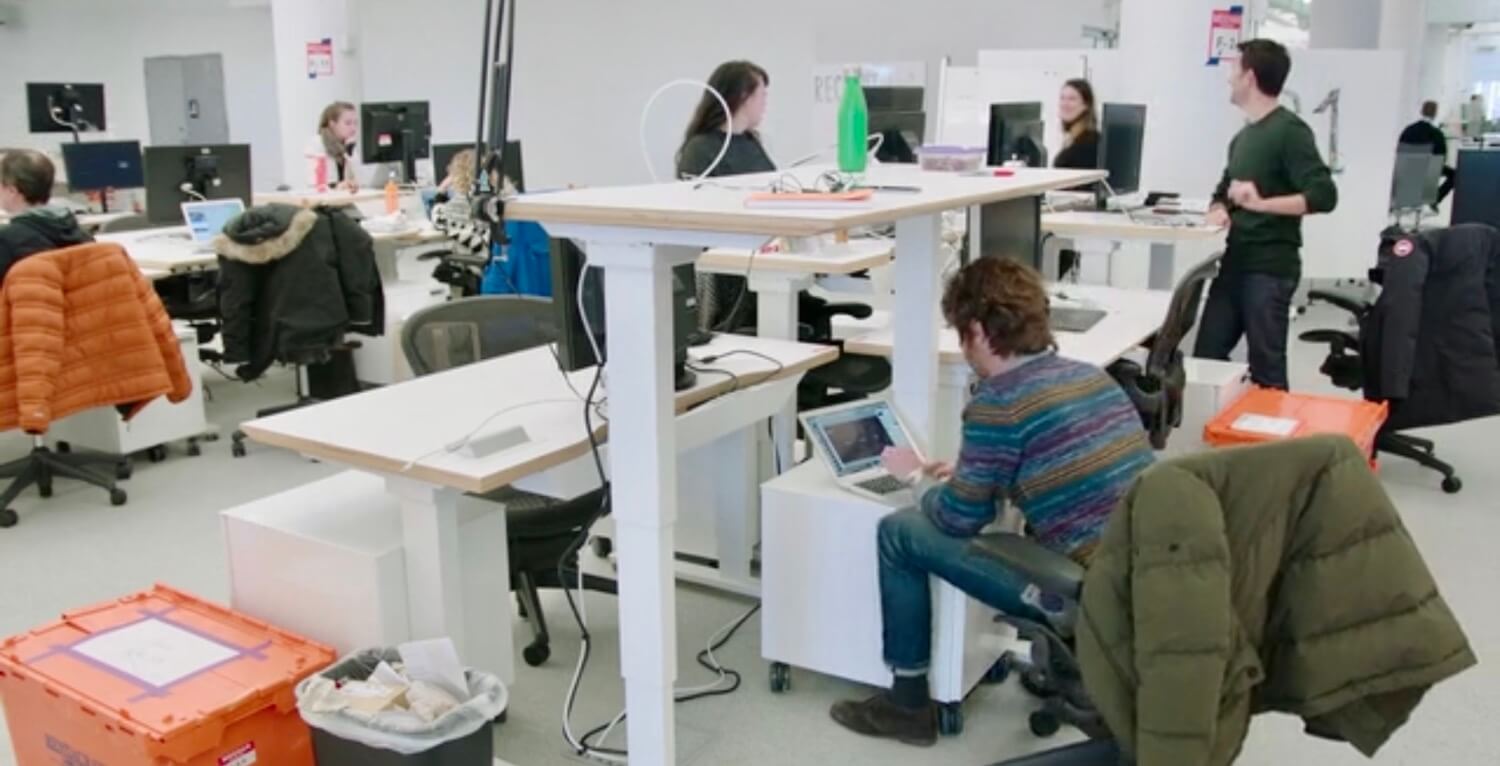 It’s modern, because… it’s prioritizing the EGO of the firm over the real needs of the team that works for it.

That’s the sad ending of this film. And a sad conclusion. Companies like this, which undoubtedly have loads of money, could build any kind of office they wanted to… and they choose something that is a place to show off their prowess, show off their ego - basically a show-off for their clients.

While completely disregarding the real needs of their knowledge workers, who primarily need a place to get their work done - for which they were hired to do - and secondly - only then - serendipitous encounters with their co-workers.

There is a better way - just invert the pyramid of communication or better yet, go #NoOffice and check out my upcoming book - #NoOffice - because work is not a place to go, it’s a thing you do!.