When in 2008 I launched the Productive! Magazine as a free PDF I had one thing in mind: I’m already offering a great productivity tool… but what is a tool without a constant flood of inspiration?

Fast forward today and not only do we have Productive! Magazine as a monthly magazine in the form of an app for the iPhone, iPad and Android platforms… but the “productivity platofrm” I initiated has now local versions in Polish, Spanish, Japanese and now… (drumrolls!) in Dutch! 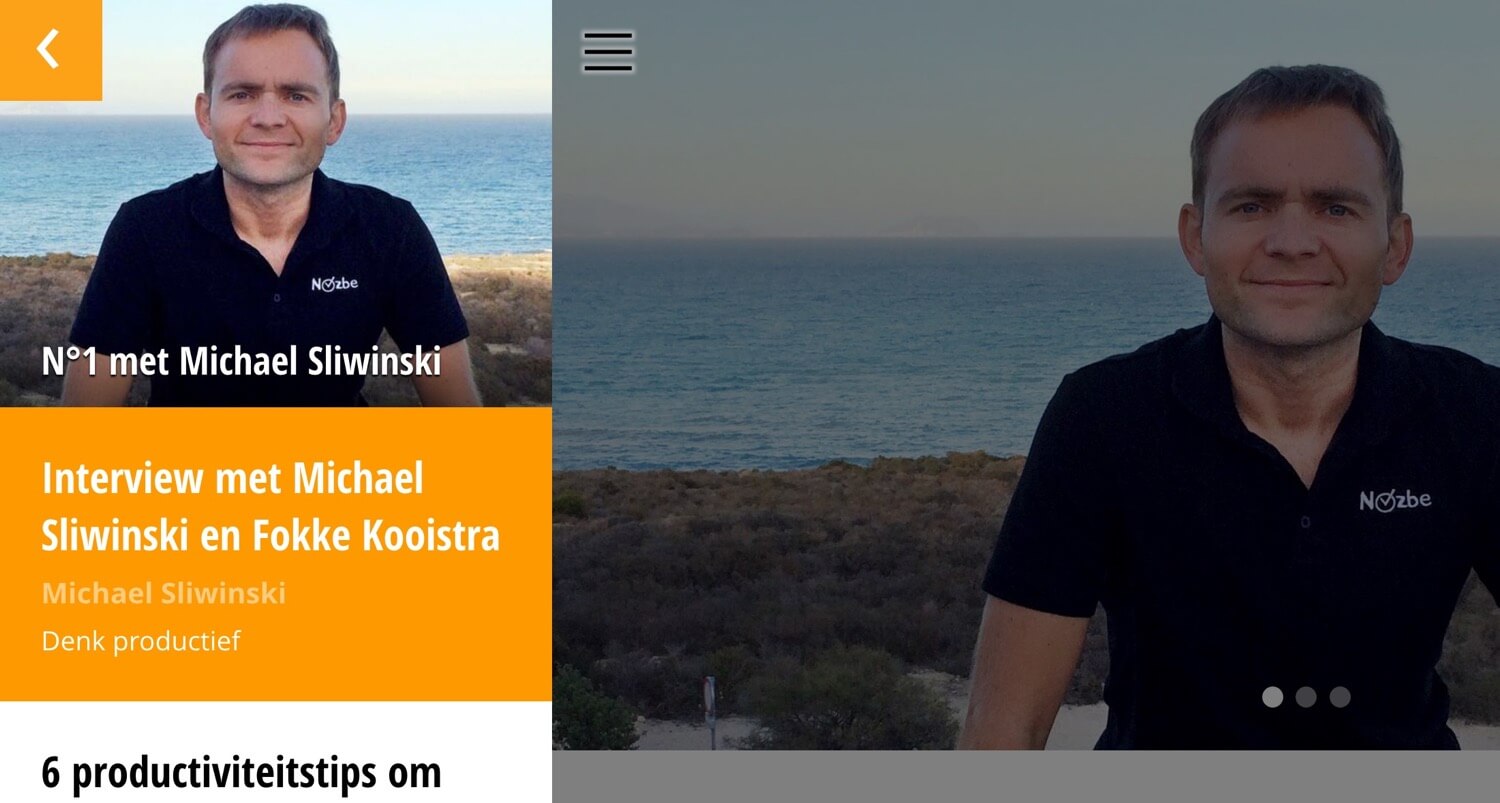 What’s in the first issue of the Dutch magazine?

As always - the idea is that our localized magazines are really local - written by local experts and for the local community… and in 2015 the Dutch version will be a quarterly magazine… and if it gains traction Fokke promised to prepare new issues more frequently, so make sure to check it out, if you speak Dutch!

Fun fact: When I launched Nozbe back in 2007 I posted about it on Frank Meeuwsen’s blog “What’s the Next Action?” and that post catapulted Nozbe’s popularity. Now Frank is a good friend and one of the contributors to our magazine. World is indeed a small place… and a great (and productive!) one at that!

Question: Have you checked our local versions of Productive! Magazine? Which ones? Do you read regularly our main magazine?