Chances are that if you follow my Tweets you know by now that recently we launched a new Productive! Magazine iPad app with both - the old issue with David Allen (back from PDF from Nov 2008) and the newest issue with Laura Stack. It’s kind of a big deal for me. Let me explain. 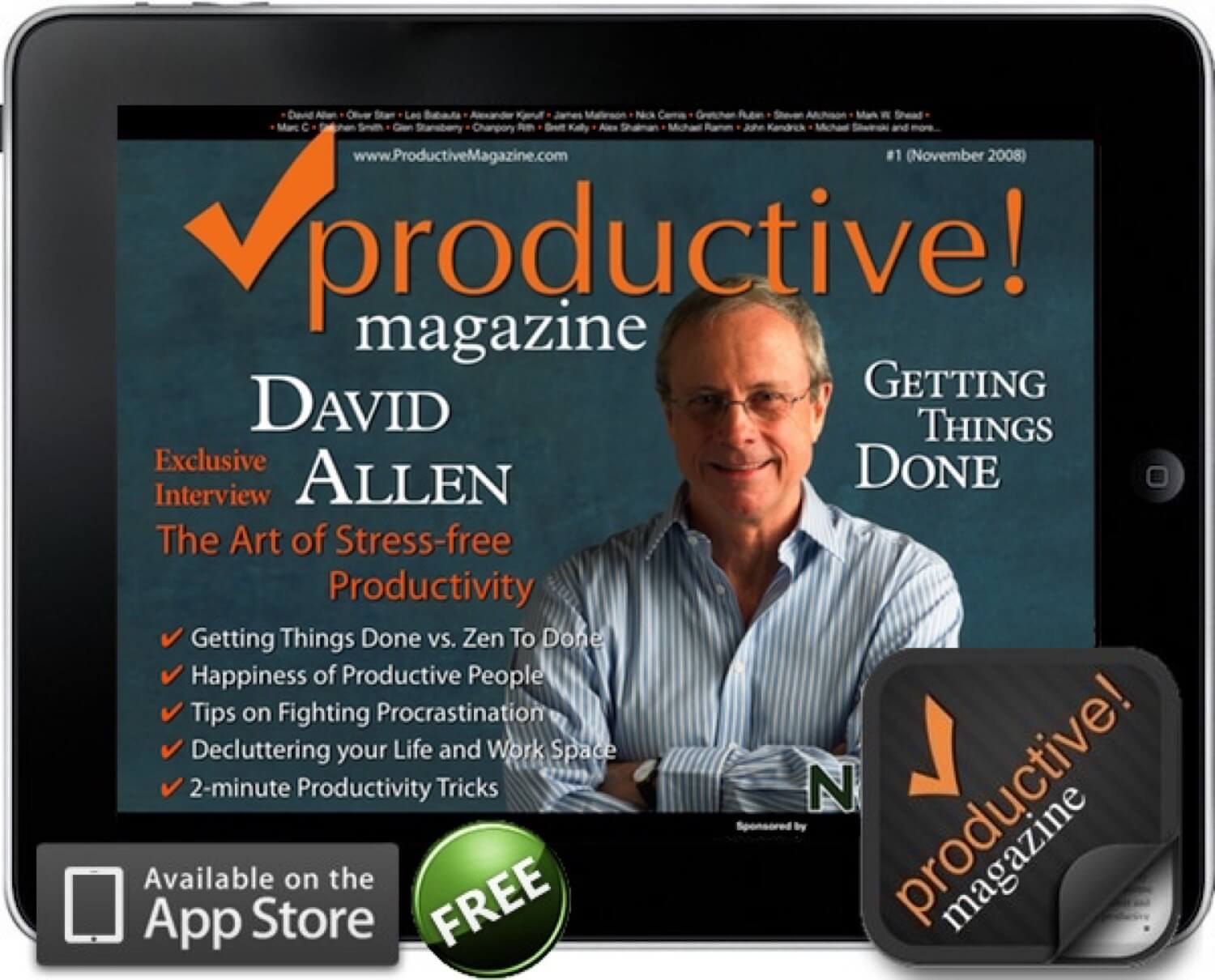 When my good friend Maciej Budzich approached me with an idea to do a productivity-oriented magazine I loved it right away. I just didn’t know how to pull this off…

I asked friends to help :-)

Firstly I approached Oliver Starr who was then working for David Allen Company and David Allen himself if they wanted to participate and do an interview with David for the issue #1. Guess what? They agreed!

Then I started emailing the productivity bloggers I knew and respected to ask if they wanted to participate as well. Guess what? Many of them said yes! Finally when the magazine was ready at the end of November 2008 (almost three years ago!) we had an amazing lineup of articles and a great interview with David:

As you can see, the lineup for the first issue was just fantastic. No wonder more than 200,000 people read this issue alone :-) 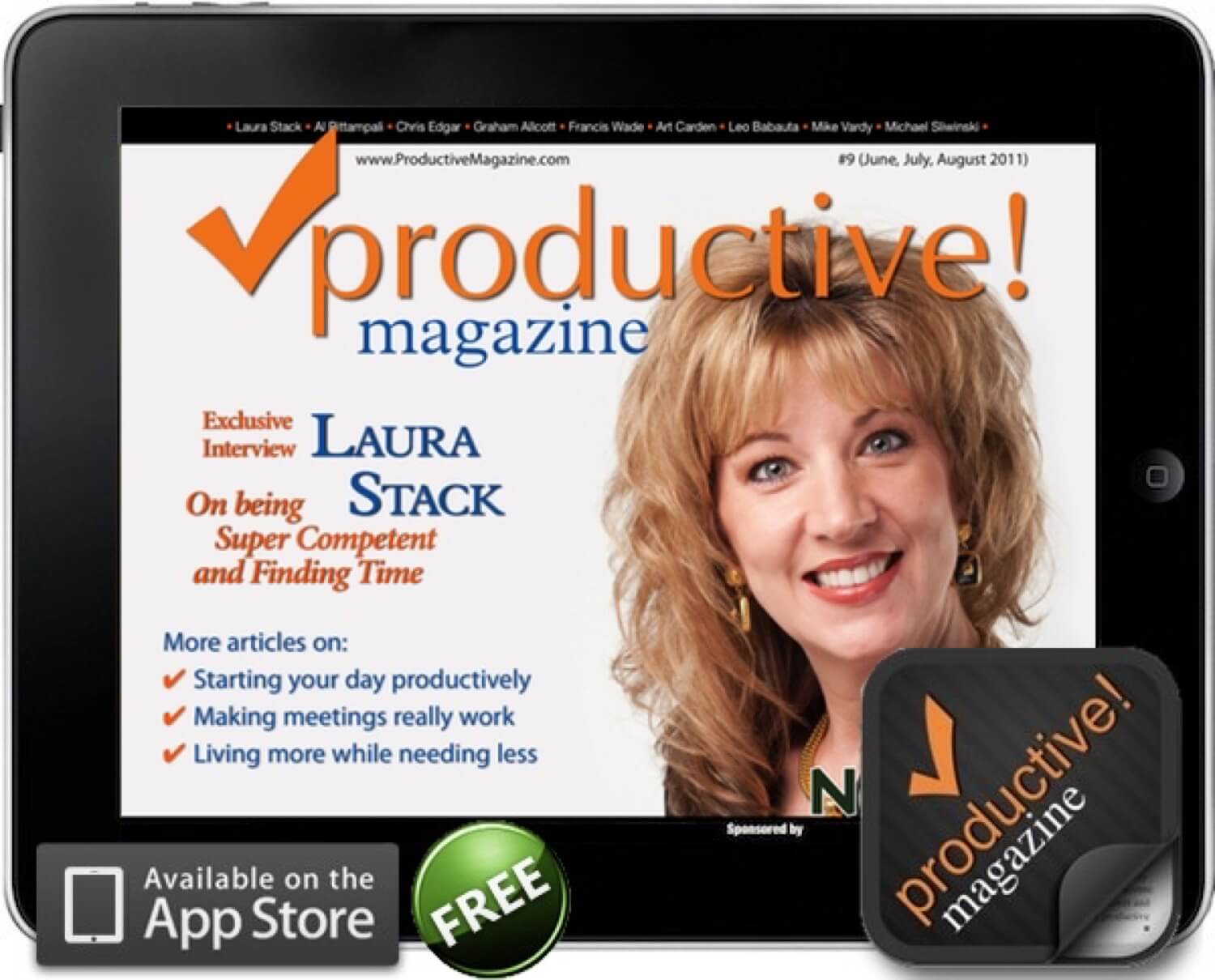 Laura is the first woman on the cover of our magazine and this attracted more female contributors to the magazine and you’ll see their articles in #10.

The issues #2, #3 and #4 are being currently ported to the iPad. The rest of the issues are there and here’s my video about the magazine which I sent to my Nozbe users earlier this week:

Anyway. The magazine changed from a “pet project” to a fully-fledged magazine sponsored by Nozbe. With help from Piotr Woźniak (our new technical editor), our great editors Lori Anderson and James Tonn, my fantastic assistant Delfina Gerbert-Czarniecka and many other people who helped, the magazine is gaining traction and I love working on it.

Issue #10 coming mid-October and #11 coming mid-December. We’ll stick with the bi-monthly schedule until the end of this year and hopefully next year we’ll make it even a bigger deal than it is now :-) With your help, everything is possible.

And there is one more thing…

Productive! Magazine #9 will be released in Spanish thanks to fantastic translation by Augusto Pinaud! Watch it out soon! We’re going to take the world by storm and bring the good word of productivity to everyone we can get.