Just read on Techcrunch, that Yahoo has plans on reaching up to 1BN unique users and $10BN in revenues in three years. How are they going to do that? What product will help them achieve that? None. They have no idea. It’s just a business talk. They are being run by a business executive without any sense for products… And business may be business, but to succeed you need to inspire people with great products. Just like Bill Gates did it in the 90s with Windows and Office… and Steve Jobs is doing it now with iPods, iPhones and iPads: 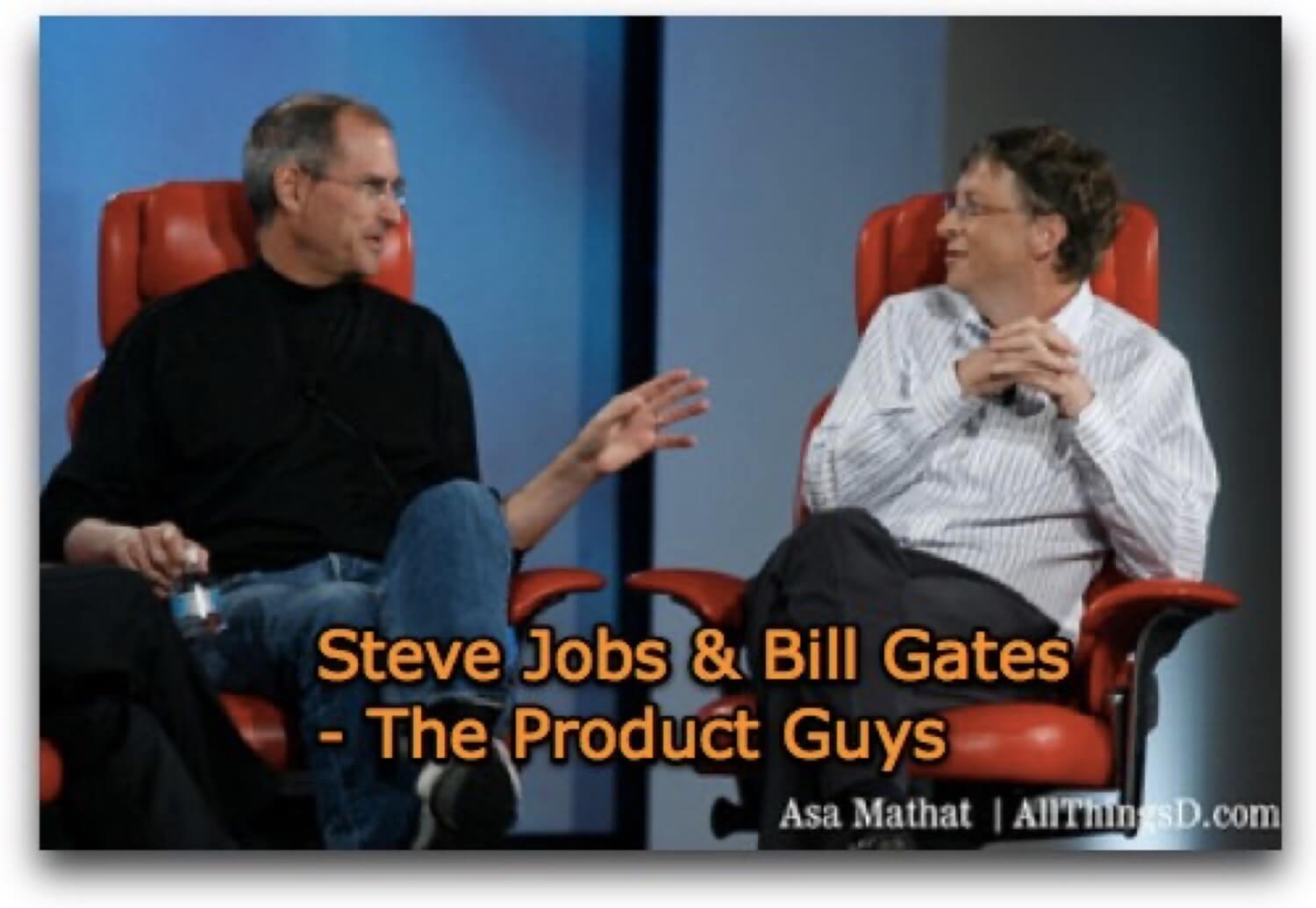 According to the great article by Chris Dixon: “We don’t ask consumers what they want. They don’t know. Instead we apply our brain power to what they need, and will want, and make sure we’re there, ready” great companies are created by Product guys:

Akio inspired people with his Walkman idea that initial marketing researchers dismissed. Bill Gates ruled the computers with Windows and Office and Steve is just getting started with his i-products that keep on entering successfully each market.

When I started my company, I wanted money….

I’ve lived this scenario myself. When I finished college years ago I wanted to run a successful software product that will sell all over the world and will bring me lots of money. I’ve tried several times and always failed miserably. Why? Because it wasn’t about product. It was about business and money. It’s not what inspires people. It ultimately didn’t inspire me as well.

… then I created a product for myself… and succeeded and I’m just getting started!

That’s right. I needed Nozbe so I built it for myself. Then I built some more. Then I added some AJAX magic. Then I showed it to the world. The rest is history :-)

Fast forward three and a half years and I’m indeed running a successful software product that sells all over the world and brings me money. But this time around I’m truly passionate about this product and I’m working on it because I love it so much.

This time around I’m a Product Guy

This inspires my users, my team and myself… and we keep on rolling out new features and most importantly, we are making lots of people very productive, thanks to our little web app :-)

We keep on innovating with Evernote integration, Gooogle Calendar sync and many other great features that hardly anyone in our industry is doing. And we love it. We even inspire other companies like Macoscope to create great iPad and iPhone apps for us (that also support Evernote ;-)

It’s all about the product, stupid!

CEO of every company should be a product guy. Exception is Google - their CEO is not a product guy, but ultimately he’s not the only person calling the shots - the founders Sergey and Larry are - and they are product guys, too. Want to be like Google or Apple? To succeed and inspire, you need to be that Product Guy.