It's All About Passion » Chapter 3 - Passion 2: Solution 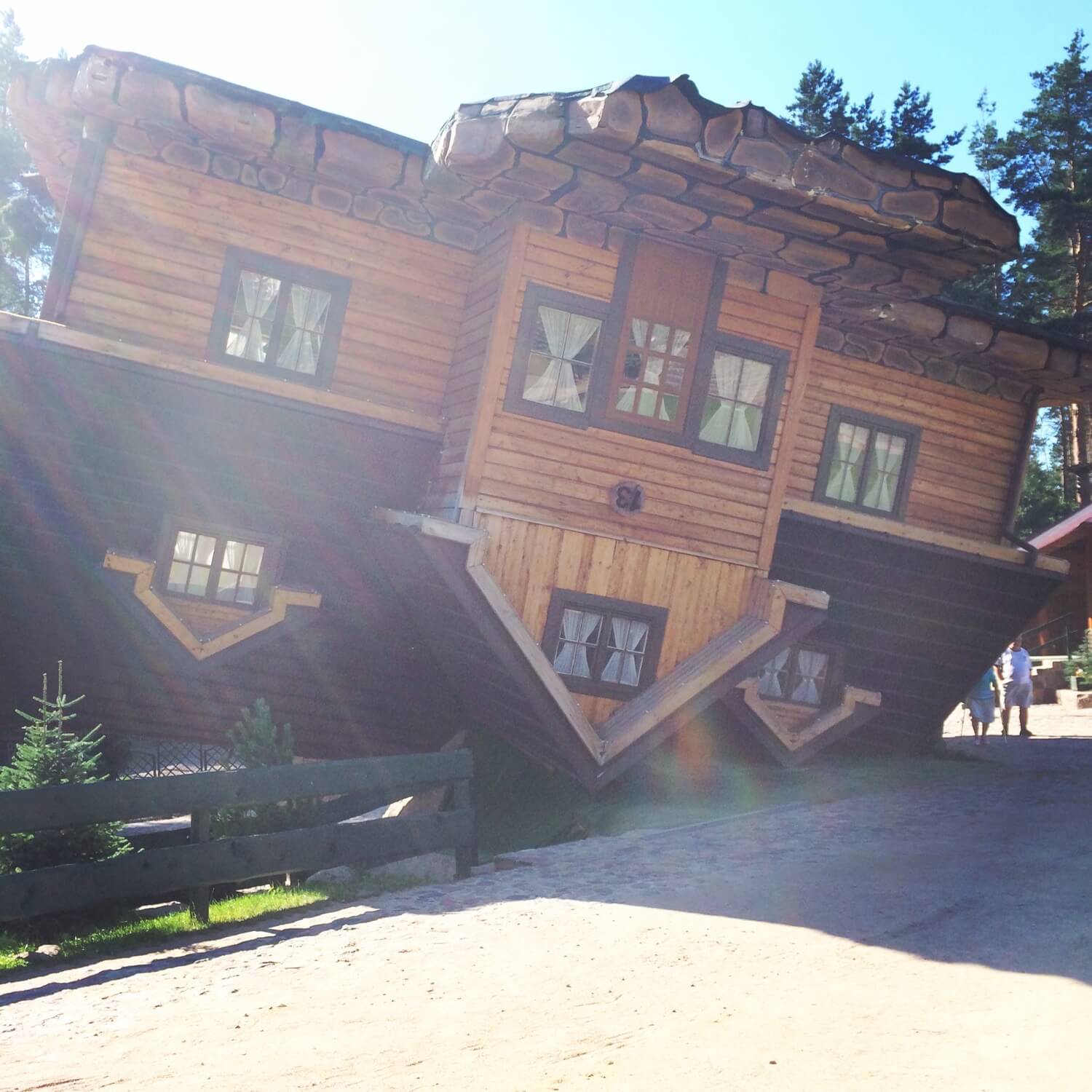 “Visionary people face the same problems everyone else faces; but rather than get paralyzed by their problems, visionaries immediately commit themselves to finding a solution.”

Just do it. Solve it.

This is the key component to the success of a startup. After all, the startup in theory should be solving some real-life problems and making people’s lives all around the world easier.

That’s why it’s so important to understand your startup’s mission as way to solve a particular problem the best way possible. To make sure you’re really doing it right, you need to be truly passionate about solving this problem.

Scratch your own itch

The best way to find a problem to solve is to actually look at the stuff that’s bothering you and see if you can make it better. Just see if you can scratch what’s itching you the most. Usually that’s the best start. If you’re genuinely interested in solving the particular problem, chances are you’ll have more passion and drive to pursue a solution and maybe even build a startup business around it.

Just see what’s really bothering you and do some research for available solutions out there. See what works and what doesn’t and what is really popular. Chances are you will be thinking: “I know I can do better than that!”. If that’s the case, go for it.

When you’re passionate about the solution, you’ll know exactly where your product will be headed. You’ll just instinctively know which features help you build a stronger and better solution and which don’t. You won’t feel the urge to solve all the world’s problems with your startup. You’ll stay focused on your solution.

This worked for me. It’s exactly how it happened to me with Nozbe.

Inspired by a problem to solve - the Nozbe story

As mentioned in the previous chapter, I built my very first “internal” version of Nozbe over one weekend “on the side” of my real e-commerce consultancy business. I did it, because I couldn’t find a better solution to my “problem of not getting enough done”. I tried to use Microsoft Outlook, installed a bunch of to-do apps for Windows (yes, I was on a PC then, only later to switch to the Mac… and now to the iPad… but that’s a different story) and checked some online project management applications. Some were really promising but the idea of filling out a 10-step form to add an task seemed like an overkill. I thought I could do better than that.

Over the next months I kept using my tool and continued tweaking it and making it a little better. It didn’t occur to me to actually offer it to anyone else as a product. I was past my startup dream anyway.

In 2006 the Web2.0 movement and the rise of many JavaScript techniques (called generally “Ajax”) started taking off significantly and caught my attention. I wanted to learn this new stuff and re-wrote my app to support these new technologies. It was so cool that in mid 2006 I decided to stop being so selfish and start preparing the app to show it to the world. It took me another half of the year to finish it up (I was working on Nozbe after hours, only a few hours a day in the evenings while still doing my daily client work).

In February 2007 Nozbe launched. Because I was active in the “productivity community” in the US, many of my “online friends” actually rushed to try it out and they liked the fact that it was so simple and so easy to use. I was happy my idea caught on initially and it gave me hope and motivation to keep on making it better.

It was still my side-project. I would continue working for my clients until around 4 pm every day and then I would switch to making Nozbe better and interacting with growing community of my users. Only a year into it I decided to take the plunge and “fire” all my day-job customers to focus on Nozbe entirely. The rest, as they say, is history.

“There are lots of good ideas, but it’s the combination of a great idea with the personal ownership and passion that leads to persistent execution of the idea that ultimately wins.”

You don’t have to bet everything

Many startup experts tell you to just quit your job and bet it all on your grand idea and you’ll succeed. Most guys who tell you this have actually never made the leap. I’d tell you to do the contrary. Keep your day job and work on your idea on the side and see how it goes.

You’ll have plenty of time to make the leap and take it full time. I started my Nozbe journey when I was married and we were already thinking about having our first child with my wife. And we already had a mortgage. I couldn’t make the big leap as I had to pay the bills.

I’m not the only one here. 37signals, the now-famous web-app company was still doing the client work the first year they launched Basecamp - their flagship project management solution. Only after one full year they decided to “ditch the clients” and focus on their web-app. Bob Parsons, now CEO of GoDaddy - the world’s most successful domain registrar, started his business of accounting software in the evenings and he failed to get traction his first three years. He persisted and after a few years sold his company to Intuit for millions of dollars.

Only after a year of running Nozbe I decided to take the leap and to work on Nozbe full-time. I hired my first programmer mid-2008 and now after all these years he’s still with me and he’s my CTO (Chief Technical Officer) and we are working together perfectly. I also hired my first customer-support person and now she runs my entire customer support department. We are like three musketeers.

The point of the story is to highlight that if you’re passionate about your solution and if you have enough patience, you’ll eventually succeed. It takes time and a lot of hard work, but eventually it does work out. My advice would be not to bet it all too early on your new thing by dropping everything else, but to bet everything in a sense of working on this every evening, step by step.

“Are you passionate about an idea, project, or cause? Do you care enough about your organization to defend that cause, navigate the inevitable obstacles, and push it through the bureaucracy? Well then you’re a champion…”

Surprise - my passion for a solution resulted in a business

As I mentioned - each type of passion comes with a surprise. While I was trying to solve my own problem of getting organized and I “scratched my own itch” and built my own productivity software, I was surprised to find a business there. A business that would later change my life forever.

The thing is, if you see a solution for yourself, chances are that there are more people like you all over the world who think the same way and work the same way… and for whom your kind of solution “just works”.

I tend to say that “there are more Michaels (people working like me) in the world than I initially thought”. Nozbe is now strong in the productivity industry with countless to-do and project management applications, so the competition is very stiff. Yet hundreds of thousands of people (and hopefully millions in the future) find out that managing your personal and you company’s lifestyle with Nozbe is “their way” to do it and they love my kind of solution.

Again, the mainstream media tell you to “rule the world” and “build a billion-dollar business” but very few business get there. For me the surprise was to find a business “at all” in what I was doing. To discover so many people and companies love to work and get organized the way I do. This is the magic of being passionate about a solution - even though you might know that many people have the same problem you’re having… you will be surprised how many of them (and then some!) need your kind of a solution. I was. I still am. And that drives me forward and ignites my passion even more.

You don’t have to “rule the market” to find a business. The market is very big and if you’re passionate about your solution, you might be in for a surprise of finding a business where you never thought you’d find one. Remember, I didn’t want to share Nozbe with anyone - I built it for myself and used it for almost two years before launching. I didn’t expect this kind of surprise.

This is what sets you apart. While people see problems, they very rarely dedicate their time to finding a solution, let alone building one. This is where your passion for a solution matters and where it makes all the difference in the world… and where you’re helping others solve their problems. This is where you are really changing the world. Go for it. Be passionate about your solution and you’ll create a great product… which we’ll discuss in the next chapter.