Just before the end of 2011 Chris Brogan sent a message to readers of his blog (and I’m one of them :-) to ask about our three words for 2012. Three words that will guide us this year. Later he posted his words on his blog. Before he did, I sent him this answer: 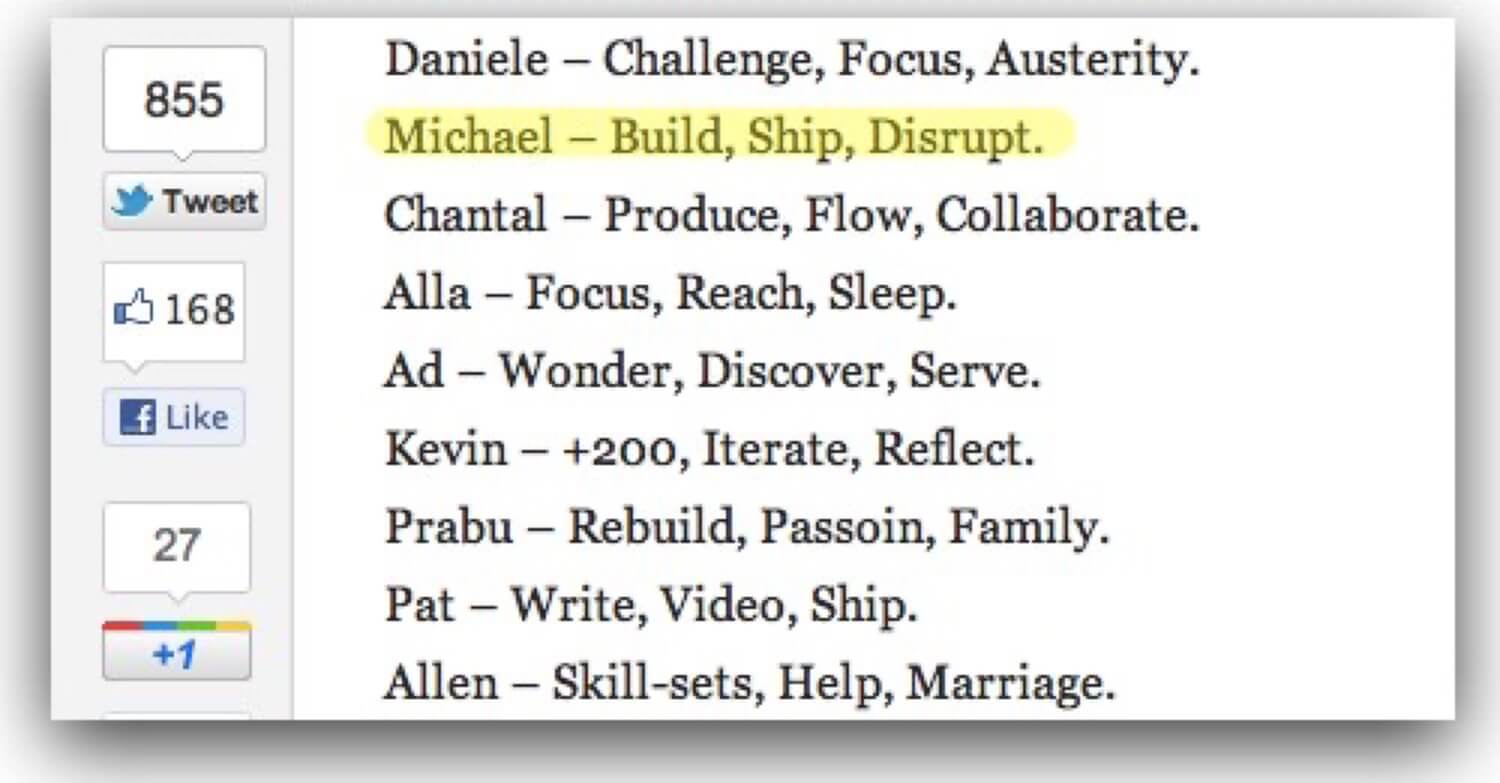 I’m about to build fantastic new features for my Nozbe as well as great native apps for it. And I’m going to focus on building a new product as well. So I’ll be building two products at a time. I’ll be also building a team behind them to make sure we can… build the products in the first place. I started as a one-man shop and for too-many years held on to having a very small team and not building a bigger team. I’ve grown now. In 2012 I’m going to build a team to help me keep building my Nozbe product and the new product. Lot’s of building ahead of us.

This last year we’ve been trying to build as many things as possible with a very small team and without a good coordination. It was my fault for not managing it correctly. This way we didn’t ship many things we promised we would. It’s going to change in 2012. We’re going to focus on shipping. On building one block of product at a time and shipping it to the customers. Quicker release cycles. 2012 for me will be all about shipping. Not just talking about shipping. We can’t build great things if we don’t ship.

With the things we want to build and ship I’m hoping to disrupt two markets - the productivity market (Nozbe’s case) and digital publishing industry (the other, new product) - both products have a chance of making a dent in the universe and I’ll try to make it happen. I believe we can really disrupt these industries even if we would do it in a small way. A change, or disruption, is likely to happen when people will be doing things a different way they’ve been doing it before. I believe we’ll have a fighting chance to do that.

And what are your three words for 2012? Post them up in the comments and let me know why! Let’s inspire each other for 2012!