Today Apple launches it’s new Thunderbolt Display so I decided to write about displays a little more. When I visited for the first time the Google’s HQ (aka “Googleplex”) way back in 2007 I was surprised to see most of the developers there with several monitors… sometimes even 2 external screens plugged into one small Thinkpad laptop.

When I came back home I immediately bought myself a Gateway 21” monitor for my laptop - a screen that can be pivoted to horizontal orientation - and felt a lot more productive. Now I actually have three monitors “kind of” as I use the iPad as my third screen with Mail, Twitter and Reeder apps launched there: 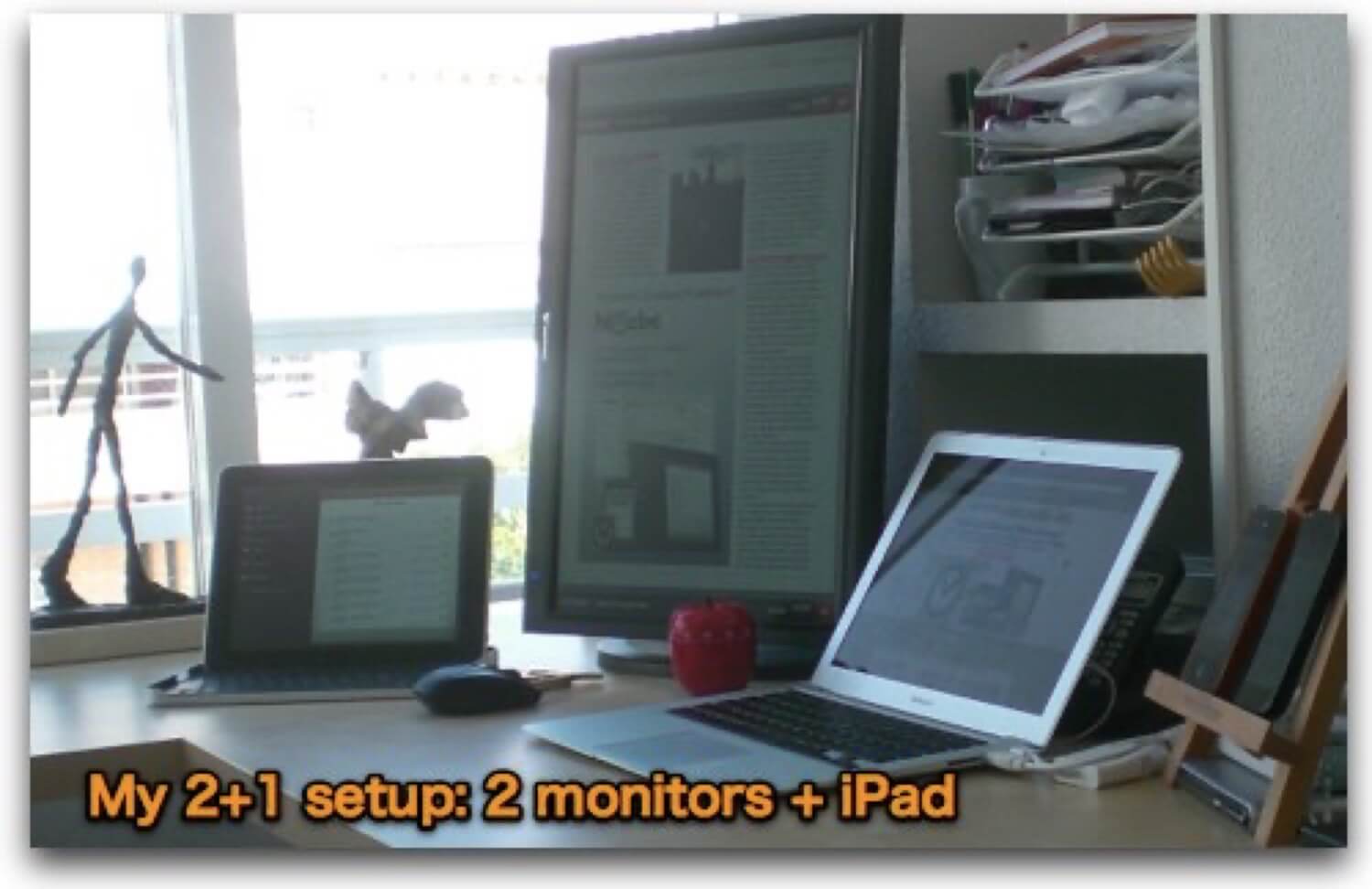 But I’m not the hardcore user here. My Productive! Magazine editor, Lori Anderson is using 4 screens at the same time hooked up to one PC. It’s amazing to see this setup and I truly believe it makes her very productive. After all, she’s a GTD practitioner and a GTD coach at her company. Here’s Lori’s desk: 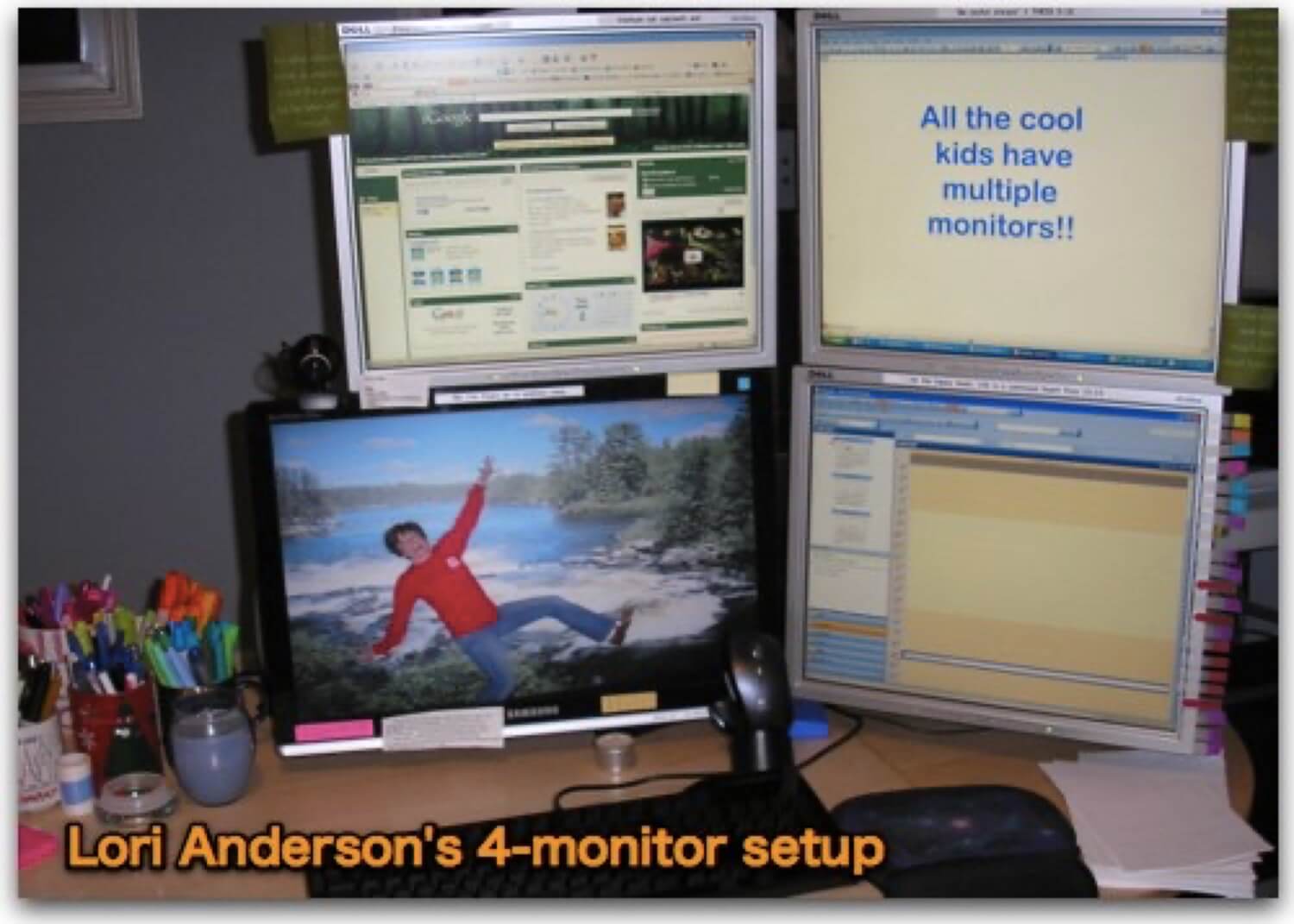 Why are multiple monitors productivity boosters?

They help us “design our focus” and put full-screen apps on all the screens. The new Mac OSX Lion is all about full-screen apps and it’s because only with one window open we can focus on the task at hand. With multiple monitors we can have shift our focus from one monitor to another and then stayed focused on it… without being distracted by windows all around us.

My usecase: When coding (I still code from time to time) I launch my coding app (Espresso for the Mac) in full screen on my external monitor in portrait mode and launch my browser on the laptop screen to be able to immediately preview the results of my code in the browser window.

With two monitors it’s just useful to have a “reference” app and the actually app you’re working in on two separate screens.

What’s your take on multiple monitors? Love’m? Hate’m? What’s your magic number and how do you get things done in such an environment?