Today is a great day for me personally and marks several milestones in my career. And this day has lots of “seven” in it. It’s February 17 and we’ve just launched issue #7 of Productive Magazine and Nozbe now officially supports 7 languages… read on: 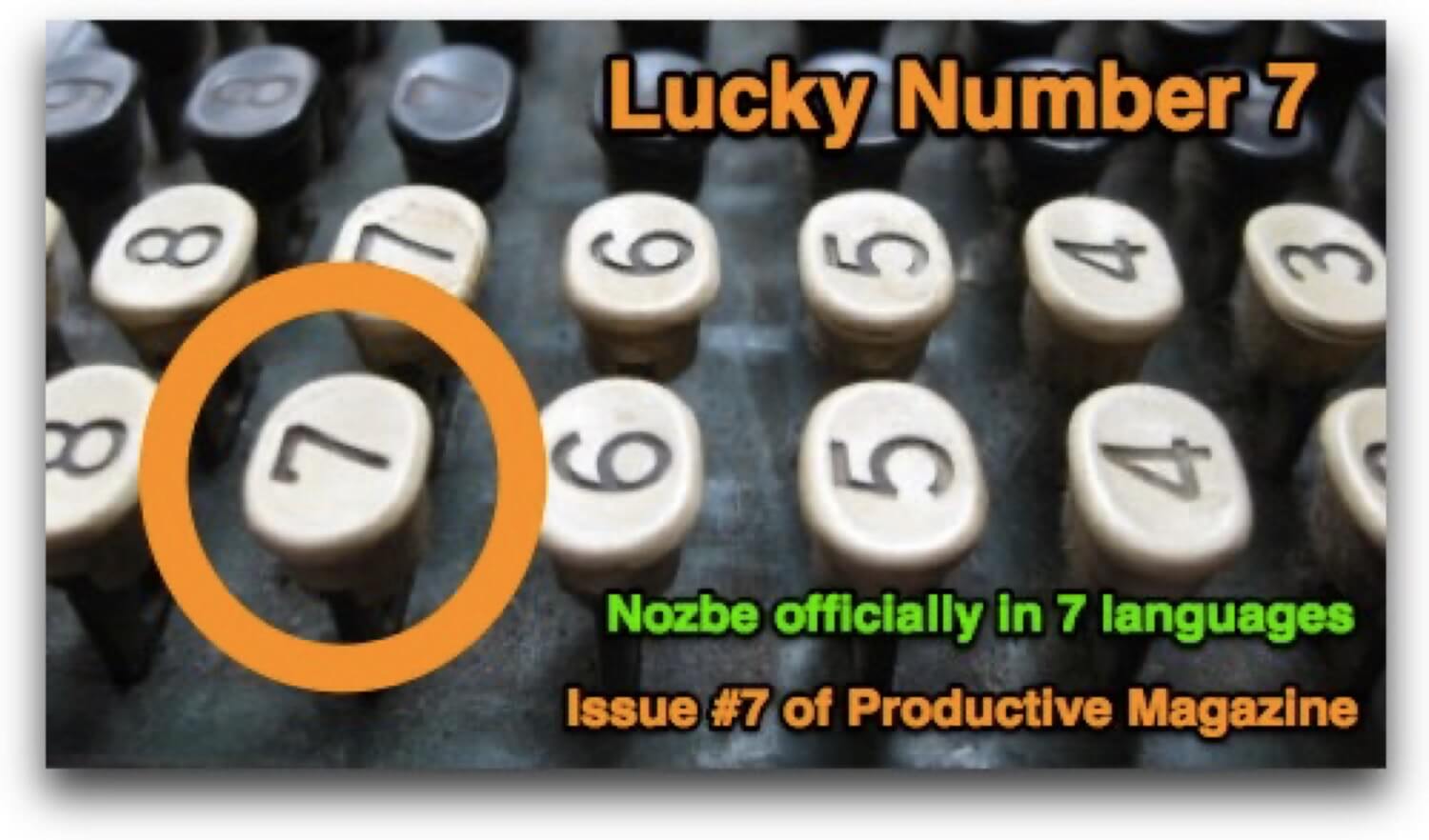 This issue is important for several reasons:

As you can see, the magazine is doing great and we’ve got a lot going on for you this year. We’ll help you make 2011 the most productive ever!

For the first four years of running Nozbe it was only in English… and now we also support Japanese, Spanish, Dutch, Polish, German and French. Moreover, we have dedicated support staff for all of these languages so if you’re Japanese, you can browse our Japanese web site, sign up to Nozbe in Japanese (and you’ll be able to pay in Yen soon) and if you have a question, write to us in Japanese and we’ll respond to you right away in your language. It’s awesome.

For a person who’s born in Poland, has lived in four different countries in Europe until now and speaks fluently four languages this is a big deal. I wanted to make Nozbe more international and the dream is coming a reality.

Yes, both milestones come in number 7 today and I like it. I’m very passionate about these two projects and they both define my work and daily activities. Thanks to Nozbe and Productive Magazine I happen to connect with great people all around the world and get to grow both personally and professionally. Yes, I really like number 7 today.