When I heard about the iPad Pro’s size I was wondering how it’ll be to write on the iPad in vertical mode, as the onscreen keyboard is of a pretty big size. It’s actually as large as the keyboard of the iPad Air 2 in horizontal mode! Now that just today I received my Smart Cover I decided to test it by putting my iPad in a vertical position and supporting it with my new iPad cover: 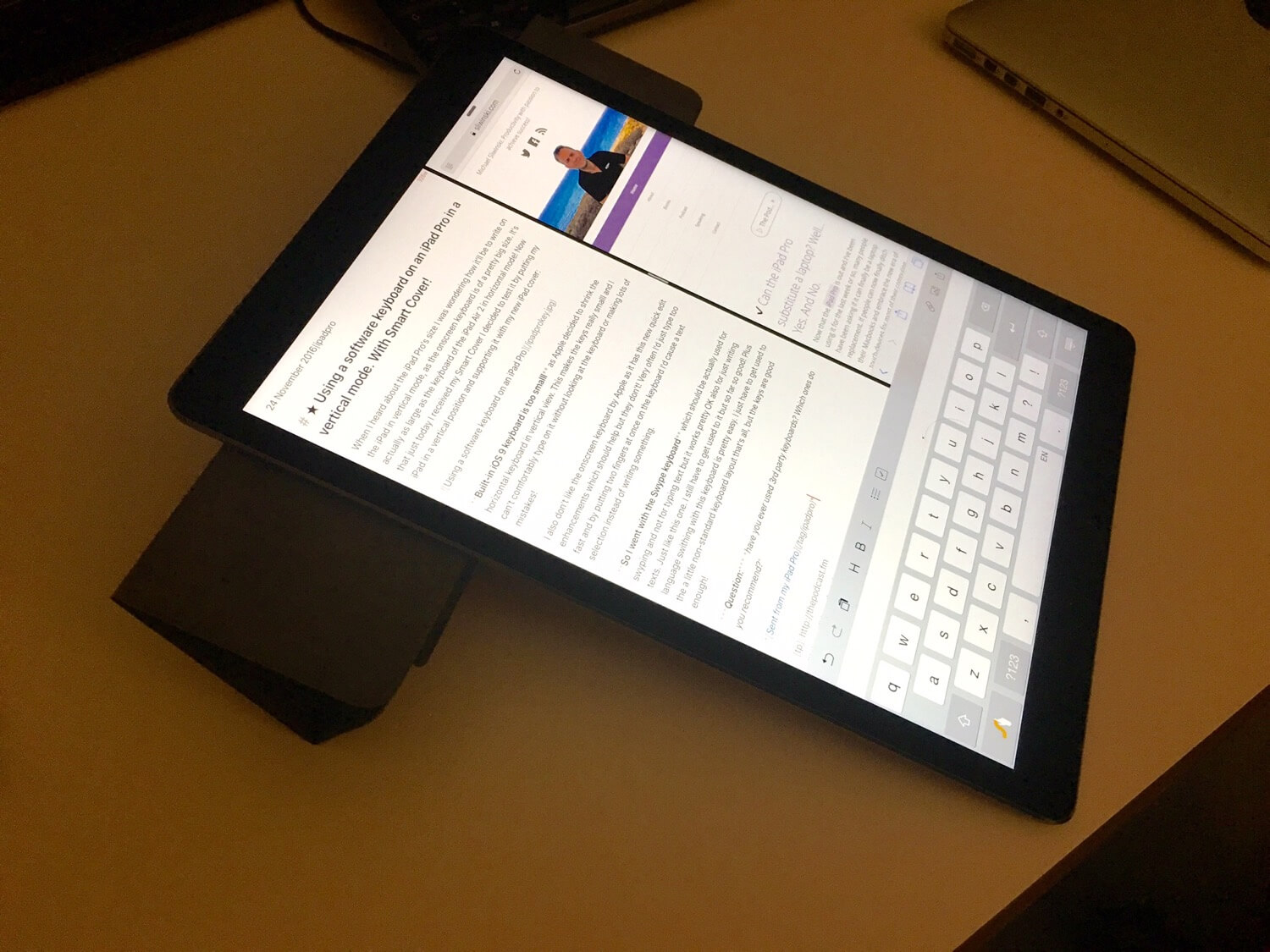 Built-in iOS 9 keyboard is too smalll as Apple decided to shrink the horizontal keyboard in vertical view. This makes the keys really smalll and I can’t comfortably type on it without looking at the keyboard or making lots of mistakes!

I also don’t like the onscreen keyboard by Apple as it has this new quick edit enhancements which should help but they don’t! Very often I’d just type too fast and by putting two fingers at once on the keyboard I’d cause a text selection instead of writing something.

So I went with the Swype keyboard which should be actually used for “swyping” and not for typing text but it works pretty OK also for just writing texts. Just like this one. I still have to get used to it but so far so good! Plus language swithing with this keyboard is pretty easy. I just have to get used to the a little non-standard keyboard layout that’s all, but the keys are good enough!

Question: Have you ever used 3rd party keyboards? Which ones do you recommend?