As a guy who co-wrote the #iPadOnly book I was naturally curious to see Apple launch a bigger iPad. After all, I switched to performing most of my computing tasks on an iPad years ago. Actually back in 2012 when I got my iPad 3. Now that the bigger brother is out I couldn’t help but order it on day one. And here’s what I think: 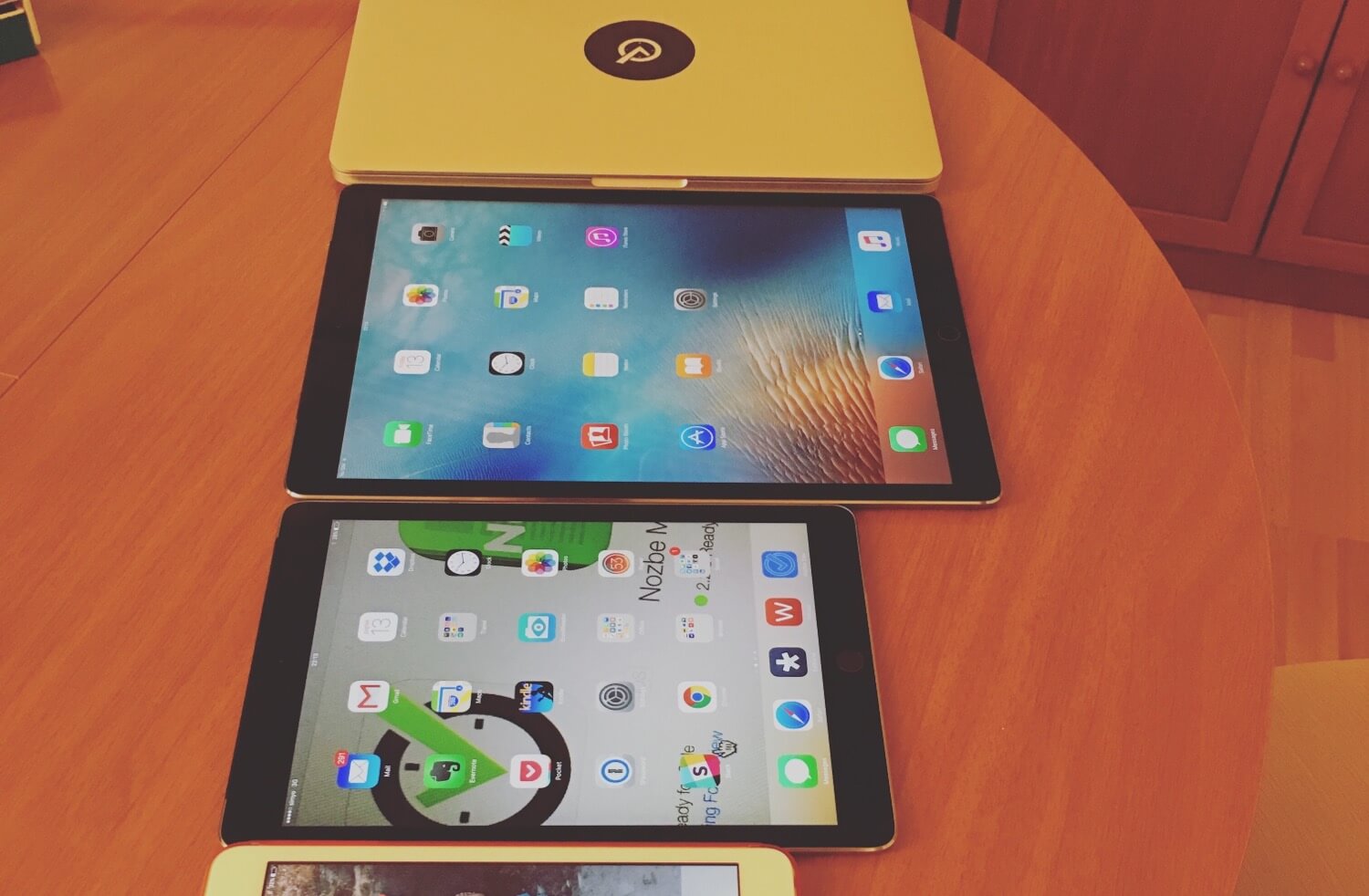 That’s the very first impression I got. Wow. It’s like a tv screen. I didn’t manage to buy any accessories for it as they’re not available here in Europe so quickly yet, so I have a bare bones iPad without even a Smart Cover.

I feel a little more discomfort today having my iPad Air 2 compared to this thing, then when I switched from iPhone 5 to iPhone 6 Plus. I haven’t regretted that change so I hope I won’t regret this one. Today, on day 1 this thing feels too big for me.

I don’t like the keyboard in the vertical orientation. It has a traditional computer layout rather than the iPad layout so the keys are small and I’m not writing as fast as I thought I would.

Anyway, I’ll give this big boy a go this next week. I’m setting up it from scratch and will start using it as my main computer this coming week. Let’s see if it feels as weird later as it does today.

I just hope to fall in love with this just like Federico did. Need to get some sleep and let this big boy grow on me. I’ll report back in a week or so.