Last week on Apple’s WWDC conference they announced substantial updates to the iPadOS15 and even though this new operating system will not be available to the public until the Fall, I’ve already updated my main iPad to the beta version. And I love the new changes: 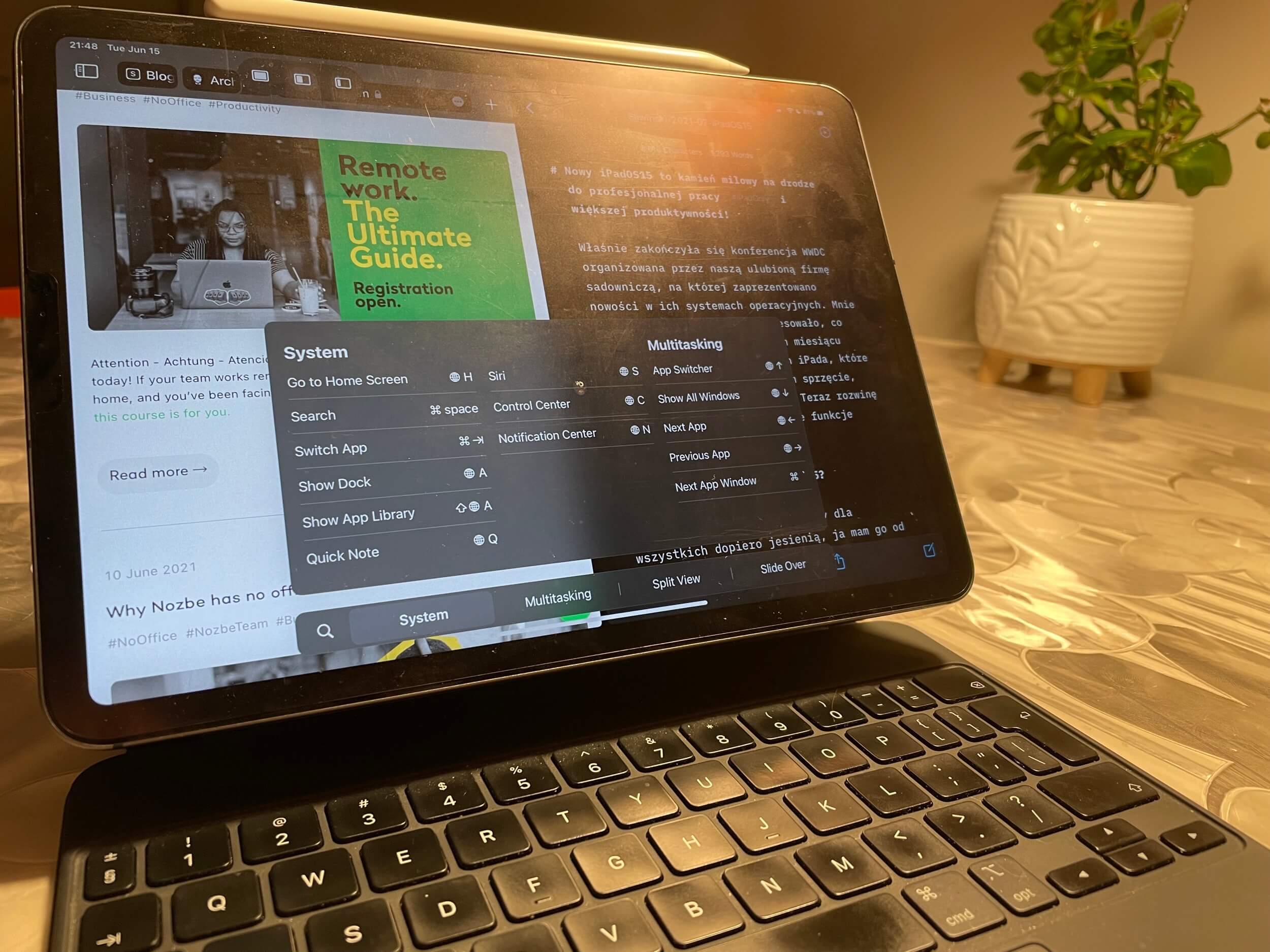 Note: I wrote an entire column about iPadOS15 for upcoming July issue of iMagazine so if you speak Polish, get their app and you’ll read my entire column when the issue is out next month. Below I’ll just focus on iPad’s improved multitasking.

Split View and the “three dots” menu “…” and the Shelf

I don’t want my #iPadOnly experience to be the same as the Mac. I don’t want MacOS on the iPad. I love iPad’s version of iOS because it’s different, easier to use and more focused. So I wasn’t hoping for new windowing system, I wanted an improved Split View experience and I got it.

Now when you open any app on the iPad, right above it there is a new “…” menu and here’s what it does:

I love using this new multitasking flow where you change the current Window to Slide Over and then it goes to the side and you can simply choose any app from the iPad as the second window. It’s much more intuitive!

Also the Shelf is great. As I write a lot on the iPad in iA Writer, I have several windows of this app initiated. Some of them are in Split View with Safari windows and specific web sites open on the side.

Yes, I could have done that before in iOS14, but I’d have to search for these window configurations. Now I can simply open iA Writer and I choose the window I want from the Shelf. So easy.

This literally helped me focus this week on writing Chapter on “transparency” of my #NoOffice book.

Keyboard shortcuts for Split View and Slide Over

Now iOS uses the “Globe” key not just to switch the language of keyboard input, but also as a shortcut key. Just hold Globe+CMD anywhere and you’ll see all the available global keyboard shortcuts:

To see it all in action, just watch this video recorded by the MacRumors crew:

Should you install iPadOS15 on your main iPad?

Well, it’s risky. The new Safari is still very unstable. People don’t like Safari’s new design, but I actually love it (more on that in the future).

However, in general the beta 1 is pretty stable and it’s OK for day-to-day use. All of my main apps work and I just managed to have a full week of work on the new OS without all too many issues. This may all change and get worse with beta 2 or 3.

If you ask me today, I’d go for it. The new improved multitasking setup is already a big boost for my productivity.