This is an excerpt from my upcoming #iPadOnly book that I’m writing with my friend Augusto Pinaud. We’re aiming at finishing our draft this week and we’re aiming at publishing the book at the end of May, right before WWDC. Today I’ll discuss the differences between the iPad Mini and the regular iPad. Which one to choose? 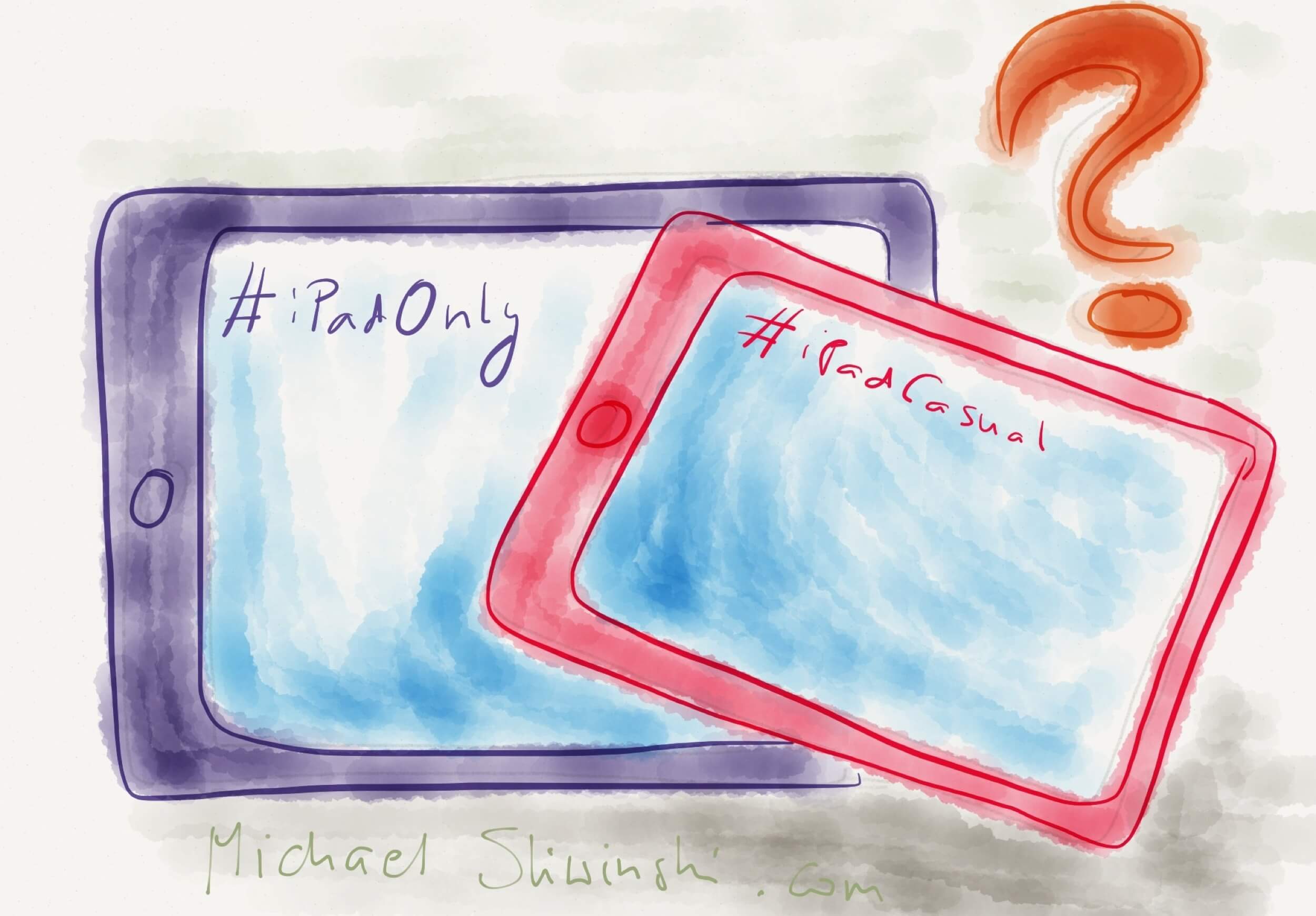 I started working #iPadOnly in April of 2012. Half a year before the iPad mini was introduced. Now half a year has passed after the Mini introduction and people ask me whether they should choose the “big” iPad or the “mini” one. In my household we have two iPads - the big one (mine) and the small one (my wife’s). Here’s what I think about both of them.

Where the Mini wins…

The iPad mini has a really cool form-factor and is a little differently designed than its bigger brother. It weights half of what the big one weights and is significantly smaller (close to 8 inch vs more than 10 inches). Because it’s so much lighter and just a little smaller, it’s definitely more portable than the big one. It still doesn’t fit the usual men’s jacket pocket but its size resembles the one of a traditional book. I initially bought the Mini to test our new Nozbe iPad app on the smaller screen and when my wife saw it she laughed at it. And at me. For spending money on this thing.

Then she borrowed it.

I’m still waiting for her to return it to me. She won’t. She configured her iCloud account there, downloaded her favorite apps and completely ditched her touch-capable Kindle. And then she even asked for a pretty red cover. I got her one.

She loves the Mini. It goes the same places her Kindle was going. It fits most of her purses and she literally takes it everywhere she goes. She uses the Kindle app, plays Solitaire, checks email, browses the web… and does everything she ever tried to do on a regular iPad… but more frequently. Because of its small-ish form size and because it’s so pretty. Her Kindle is collecting dust somewhere in our house.

My mentor and friend Michael Hyatt also swears by his Mini. He takes notes on it, reads on it, just takes it everywhere. He ditched the big iPad, it was too big for him, too clumsy. He simply loves his Mini.

The screen - it’s just bigger and better. The big iPad has a retina screen - and while it may not mean a lot to an average user, someone like me who got used to not seeing pixels on his screen anymore, can’t go back to a non-retina screen. Retina screen simply means, the pixel density on the iPad is so big that a regular eye can’t spot any pixel - the text and graphics are extremely sharp and just beautiful to watch. And for someone like me who’s working on his iPad all of the time, it makes a difference.

The same applies to the screen real estate. The iPad Mini has the same resolution as the big one, but everything is just bigger on the iPad. Again, not a deal breaker for a casual browser but for an #iPadOnly guy like me, it makes all the difference in the world. Especially for the apps that require note-taking, sketching, diagraming, mind-mapping and drawing. Bigger is just better.

The verdict: it depends (duh!)

I’d say as a secondary device I’d go with the Mini. Just like Michael Hyatt or my wife do. My wife works on a regular PC at work, on a MacBook Air at home and uses the Mini as a content-consumption device.

As a primary device for #iPadOnly work I’d go with the original iPad - the big one. To me cutting my screen real estate from 13 inches on the MacBook Air to 10 inches on the iPad was already a big deal… and as I work 8-10 hours a day on the iPad, I prefer the big, sharp screen of the big iPad. But that’s just me.