In this series of posts about working on the iPad I mentioned several times how clouds are very important and how I was forced to set up my “data in the cloud” because of the constraints of the iPad… well, after 9 months of working on the iPad it’s even more so now. 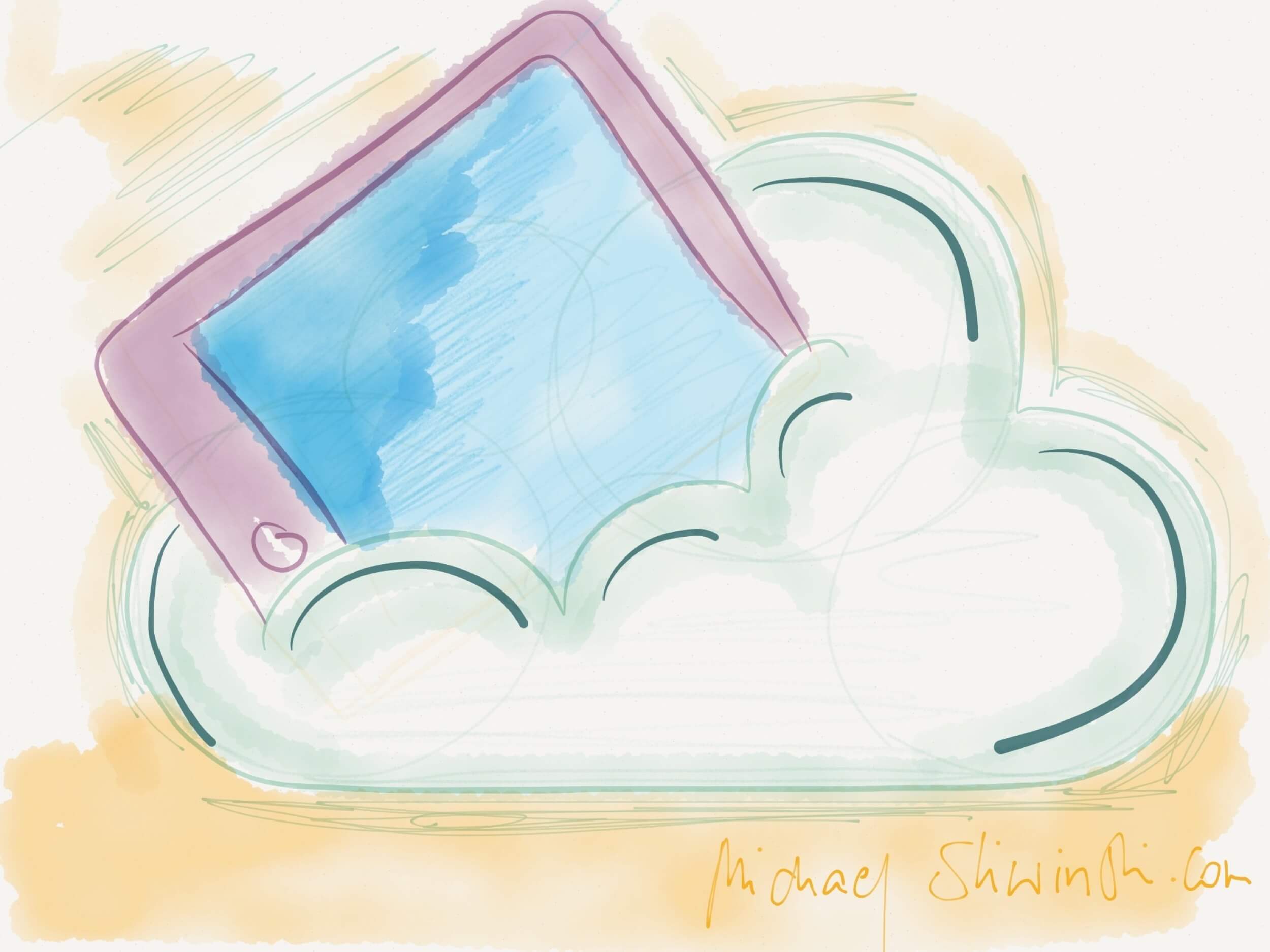 I run Nozbe - which is a cloud service as such, so I’d be the first person to use the cloud more extensively than the other guy. Well, not so fast. As I was mainly working on a “traditional laptop” I never had the time to move everything I had to the cloud. I always wanted to, but I was used to my “local” setup with “local” backup and such… to only realize this is not sustainable when you work on the iPad all day.

I was forced to go cloud only. Before I moved to the iPad, a free Dropbox account was enough for me. Now I pay for their premium plan to have all my data there. Same with Evernote. Here’s why:

When it’s not in the cloud, it’s not there

The saying goes - if your web site is not in Google (i.e. you can’t find it with Google search) it’s not on the Internet. Well, same applies to my data in the cloud. If it’s not in the cloud, it doesn’t exist.

I make sure to put everything I do in the cloud. I religiously file stuff to Evernote, add tasks to Nozbe and put files to Dropbox. If I forget to do it, it’s like it never existed in the first place.

Moreover, the updates to Dropbox recently made every file in Dropbox “sharable” so I no longer email attachments to anyone. I just email them a Dropbox link to a file and I do it directly from the app on the iPad. Sweet and easy!

Backup to the iCloud

iCloud is by no means perfect. But it’s good enough. I put all of my Keynote presentations, Numbers and Pages documents to the iCloud. Now I can work on them from anywhere with the iPad. There are some kinks and compatibility issues, but it works. And that’s what matters.

iCloud backup is magic. We use one big iCloud account in my family where we backup my iPad, iPhone and my wife’s iPhone and iPad mini. The best part? It’s seamless. When I go to bed, I put my iPad and my iPhone to charge… and everything is backed up. Every. Single. Day. I love it. When I got my new iPad 4 all I had to do is perform one, last incremental backup of my iPad 3 (which lasted like 5 minutes), shut it down, power up the new iPad, log in… and I was up and running in no time. Magic.

Although I might not agree with all of Fred Wilson’s opinions but I really admire him and love reading his blog. He lives in NYC and his home was struck by the Sandy disaster. Not hard, but hard enough that he had to evacuate his family and couldn’t return for a few weeks. Thanks to the fact that he had almost everything in the cloud, he said he didn’t suffer as much as he would, had his data been all local as it used to just a few years ago.

Question: Do you keep your data in the Cloud? Are you afraid? Not? Which clouds do you use? What works for you?