home | archive | about | now | contact
HitRSS.com redirects to this page.

About a month ago I posted about one of my first big “startup project” ideas: QTbar - free Windows launcher. In that post I explained how that project influenced me and taught me a lesson or two about entrepreneurship. And indirectly helped me launch [Nozbe][n] and make it a success. Today I want to talk about my other, more recent project, called HitRSS which I launched in 2005. How I was very bullish about this project… but it wasn’t my passion so when I launched Nozbe in 2007 I started gradually giving up on HitRSS and left it unmaintained for the next few years… and eventually I shut it down. Here’s the story: 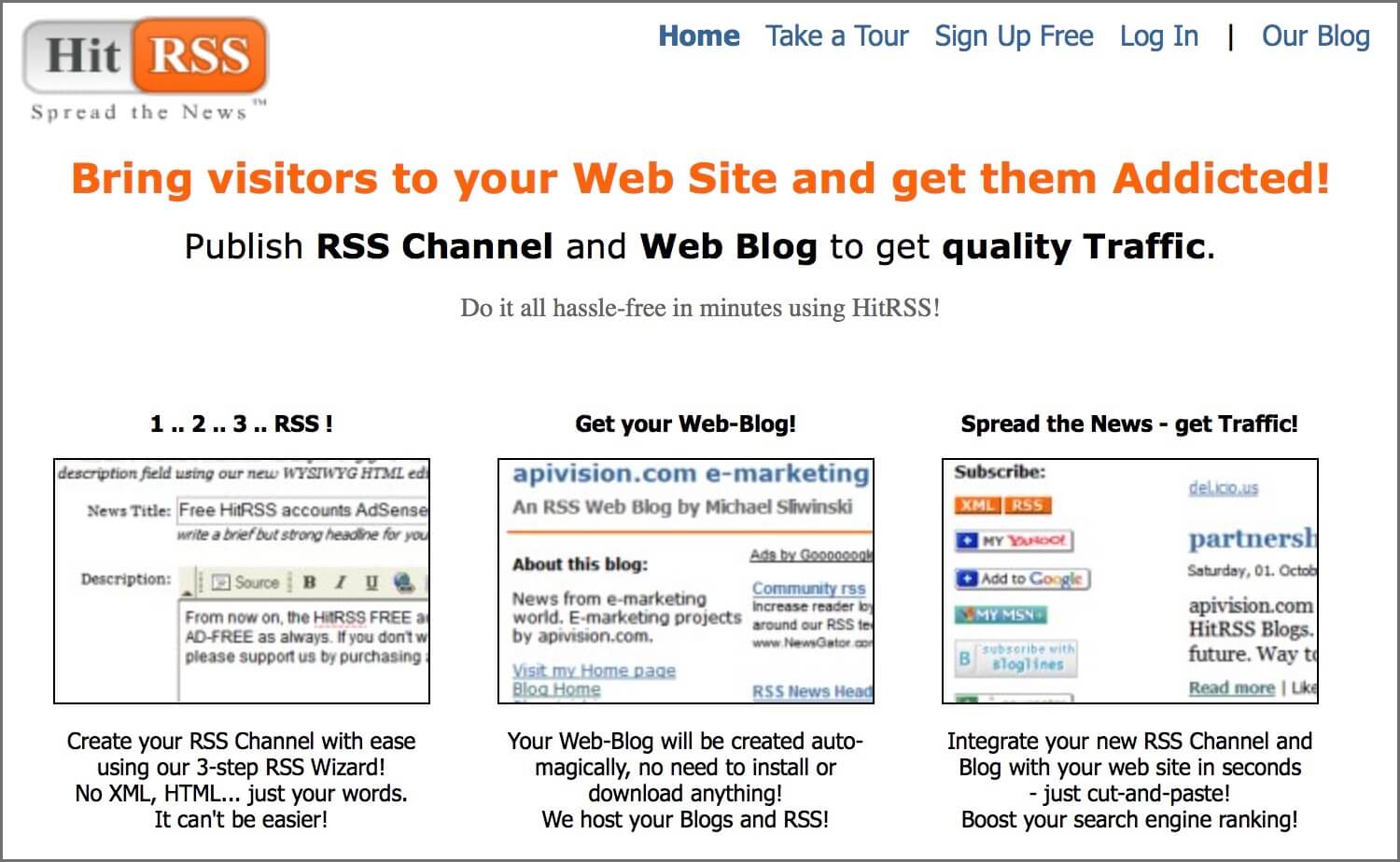 How HitRSS “forced me” to start Nozbe…

In order to be successful with HitRSS and have more time to develop it, I decided to get better organized. I read a book by David Allen called “Getting Things Done - The Art of Stress Free Productivity”. I started researching productivity blogs and productivity apps… I even started using Microsoft Outlook as my task manager… but in the end I didn’t find a tool that would help me get organized so I built my own and I called it Nozbe. While developing Nozbe I got so well organized that I had time to work on both apps, Nozbe and HitRSS. Nozbe was launched in February of 2007 and I thought I’d keep developing both apps. It didn’t work out. Here’s why:

I fell in love with Nozbe

I fell in love. I found my passion. It was productivity. It was giving people a tool that helped them get organized. A few months in I knew Nozbe was “the one” thing I want to work on.

Fast forward 8 years and I still love working on Nozbe. I’ve managed to grow from a one-man-shop to a 20+ people team. And I love every minute of it.

But I hated the fact that I had HitRSS abandoned online and people were still using it, without any hope of me or my team really take care of it. It’s still amazing to me that HitRSS grew to almost 9000 free users while I wasn’t paying attention to it (compared to more than 300,000 users of Nozbe as of today).

Now, I can’t and won’t keep a service running without maintaining it. That’s why after more than 10 years I had to shut it down.

I learned my lesson here - it’s all about passion!

HitRSS was another stepping stone for me towards Nozbe success - it was my first online service which I launched entirely in English, where I decided to compete against world’s biggest players and I wasn’t afraid. Where I tried payment systems, autoresponders, different marketing tactics… and all these lessons helped me succeed with Nozbe and make it become one of the best productivity tools on the Internet. A great lesson indeed.

As of today, HitRSS.com redirects to this post. I decided to close this chapter finally. Thanks everyone who was using it.

Question: Did you know I was also a founder of QTbar and HitRSS before?