Today was one of the saddest day in the history of my country of Poland - the president of Gdansk - Paweł Adamowicz - was stabbed to death by someone for political reasons. Turns out that the divide that ruling government of Poland is creating among my countrymen has its first spectacular victim. This is the low point of Polish democracy. Will we go lower? Yes, we will if we don’t stop the to tolerate the hate speech: 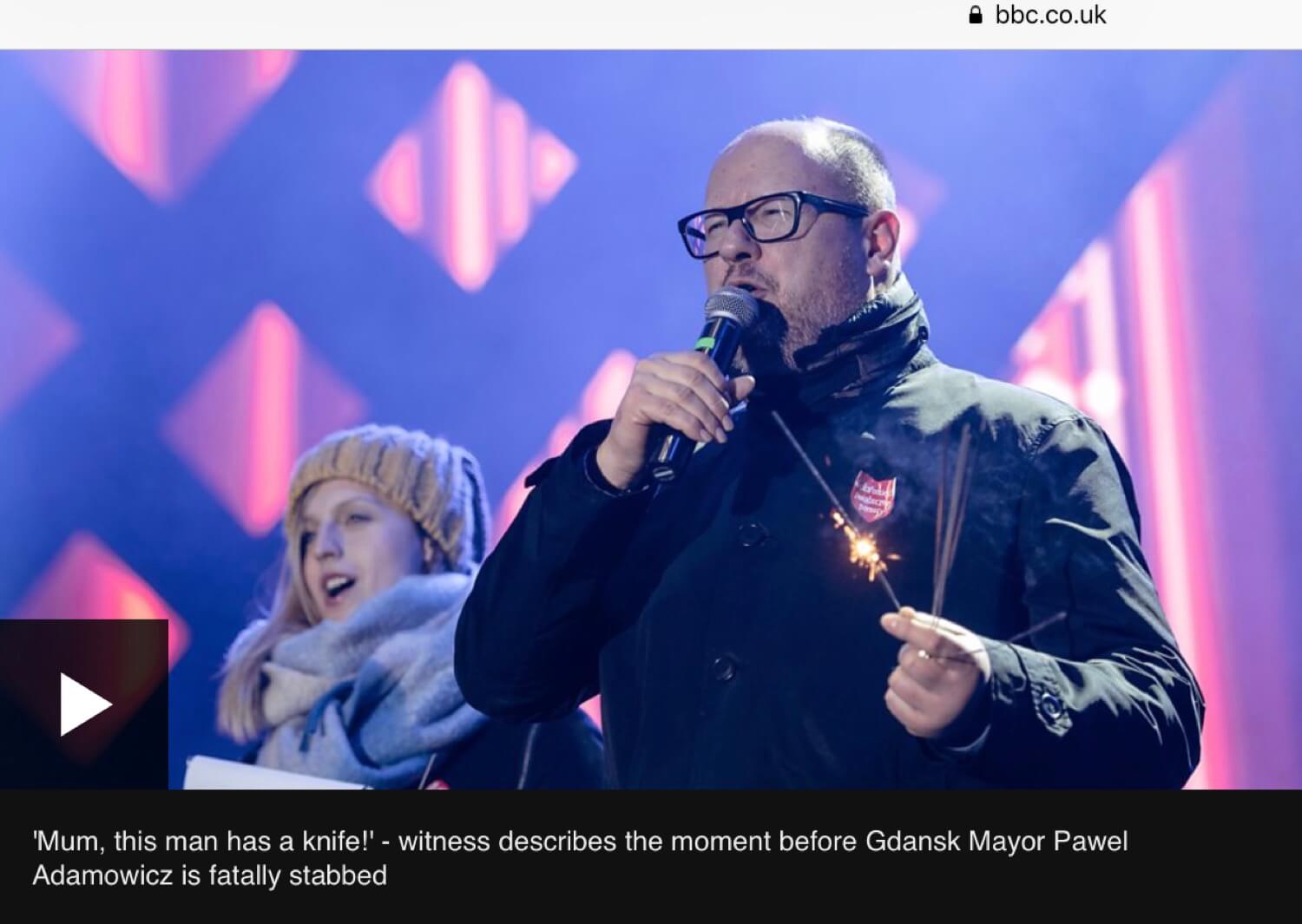 Hate speech are not just meaningless words - they can turn into actions!

I try to avoid very controversial subjects like politics on my personal blog, but sometimes I write about things that I can no longer be quiet about - just like I did with guns - now let’s talk about the tolerance of hate speech and what it leads to.

That’s why the words we use are so important. And when the same words are repeated many times over, they begin to be the “new norm”. And when they come from “above” like a government official, they become the “new policy”.

So when a politician is saying “this person should be dead”, they can pretend all they want that they didn’t literally mean “dead” but what they are really doing is promoting violence and showing their supporters and followers that it’s OK to say things like that. It’s OK to wish someone dead…

And when this happens, a crazy person who takes these kinds of calls in a literal way can always be found in a nation of close to 40 Million people…

Even if it’s “just a figure of speech”, well, it shouldn’t be!

One recent example was very scary. In Poland the current government led by the Law and Justice party for the last three years was supporting nationalistic movements, neo-nazi and far-right groups and letting them issue death certificates to politicians of opposition parties…

Yes. Death certificates. And when these were brought to the courts, public prosecutors discarded these death certificates as ”a way to express lack of approval of these politicians”.

Well, there are different ways to express your approval or lack thereof.

Here’s what the late Paweł Adamowicz had to say about these certificates just a few days before his assassination (in Polish): 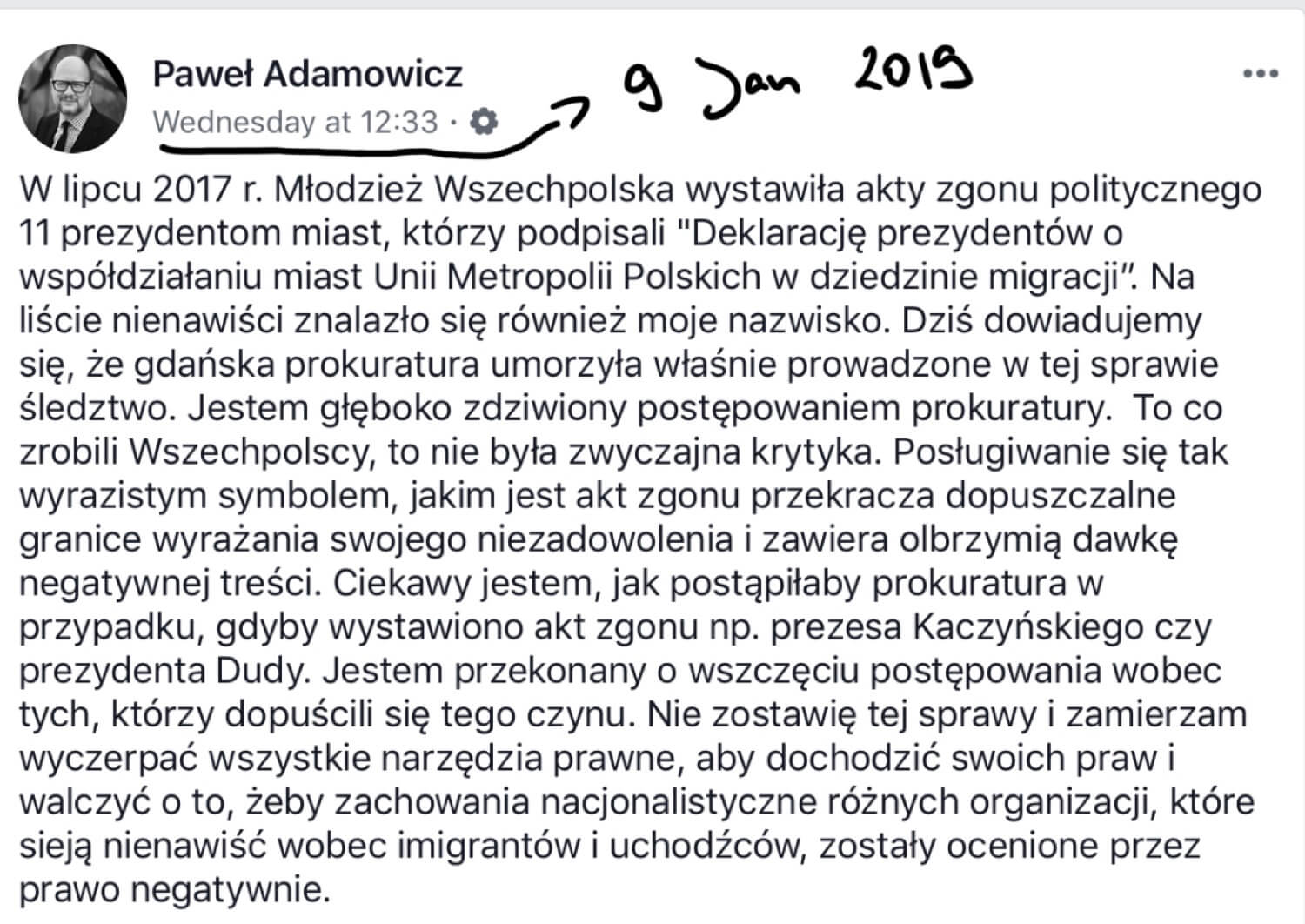 Same goes to gestures, like burning a the EU flag, a doll symbolizing a Jew, and many other hate gestures that the current government just lets happen in Poland and the authorities do nothing about them.

This kind of rhetoric shouldn’t be tolerated because it leads to violence and …intolerance.

We conclude with the Paradox of Tolerance…

Now, what about the freedom of speech and being tolerant to everyone?

Well, apparently the problem with that is that there’s such a thing as the Paradox of Tolerance, which basically means:

Yes, it turns out that you can be “too kind” to someone who doesn’t want to be kind to you… and it’ll be turned against you. So no, freedom of speech is great and all, but not if you let hate take over.