Another day and another mass shooting in the USA. This time the deadliest ever. I usually try to avoid political statements and arguments because frankly, everyone is entitled to their own views. However, I believe the idea of gun ownership has nothing to do with politics and everything to do with the gun industry and facts that are interpreted wrong. And innocent lives being taken. Facts just speak for themselves and very often I’m drawn into a debate on Twitter with people who simply haven’t done their homework. So here, five reasons why more guns lead to more people being killed. From the perspective of a person who luckily lives in Europe: 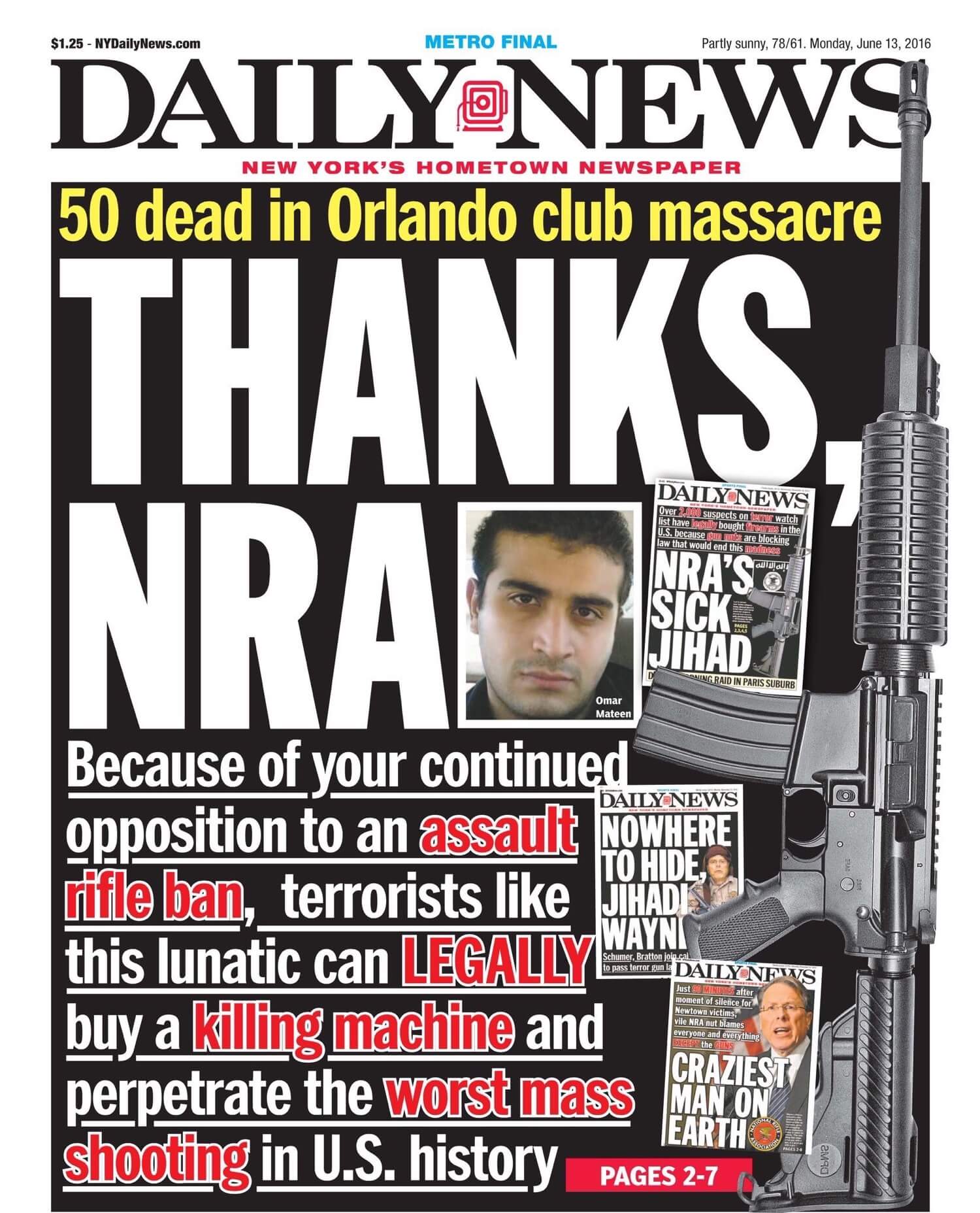 Before we start, a story close to my heart - how my podcast co-host was assaulted two years ago in San Francisco.

Two years ago my young iOS developer Radek (my The Podcast co-host) went to San Francisco for Apple’s WWDC conference. One evening coming back from the conference he was assaulted with a gun by two people who stole his passport and his iPhone. This was his first ever trip to the USA and his first few days in the country. He was shocked and scared.

Yes, people steal iPhones in Europe but they don’t do it with a gun! Usually when your phone is stolen all you worry about is that you lost a valuable device. Radek was scared for his life!

This is the main difference - where in the USA they pull a gun on you, in Europe they’ll maybe slap or punch you in the face. Usually not even that. This is the reality of modern-day America:

1. The more guns America has, the more people die. It’s obvious if you compare it with the rest of the world.

Just look at the chart below where you see the USA compared to other countries. The correlation between gun ownership and gun-related deaths. America is totally off the charts and not in a good way: 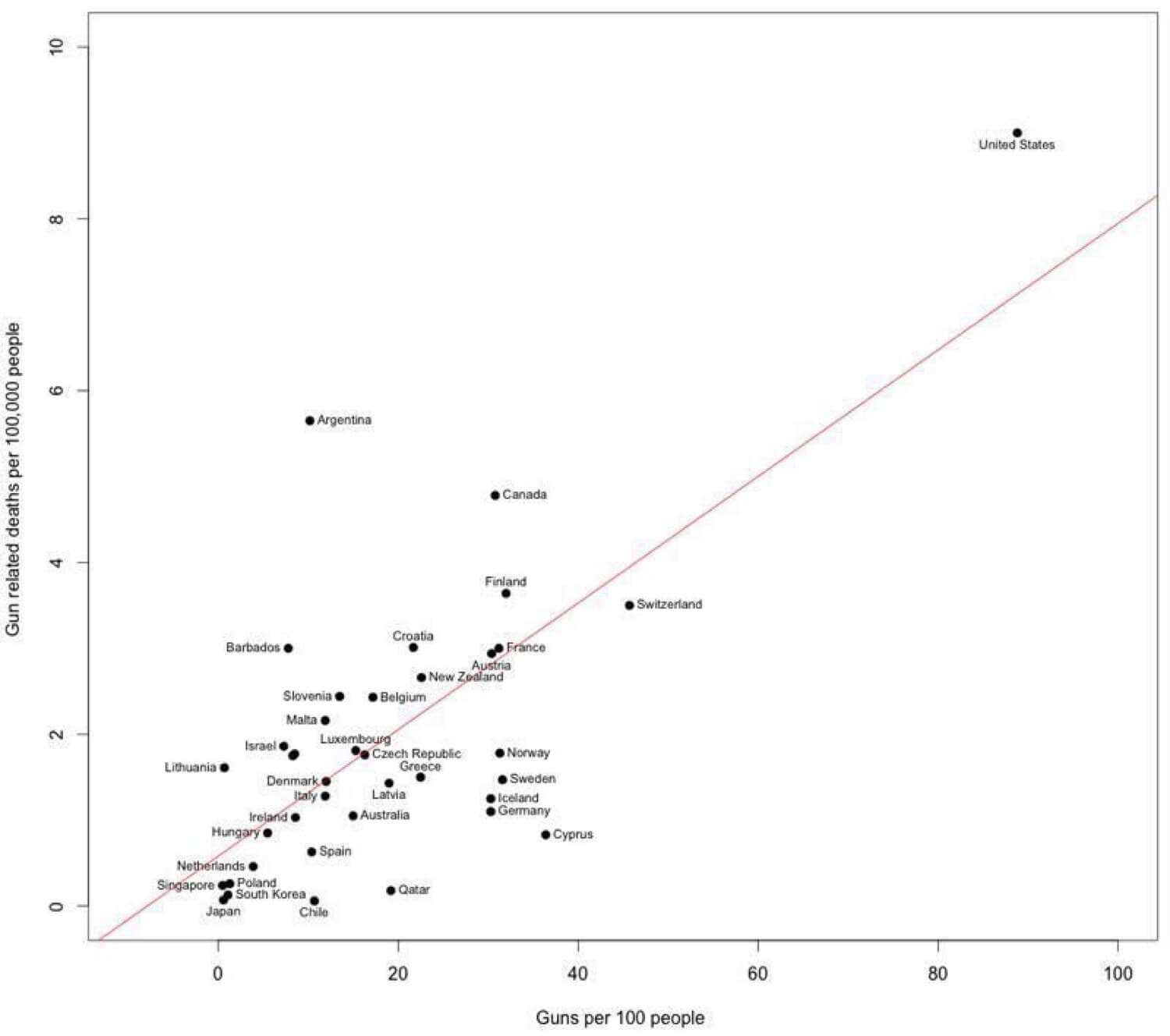 Just look how it turns out per US state - the more guns, the more killings. Coincidence? 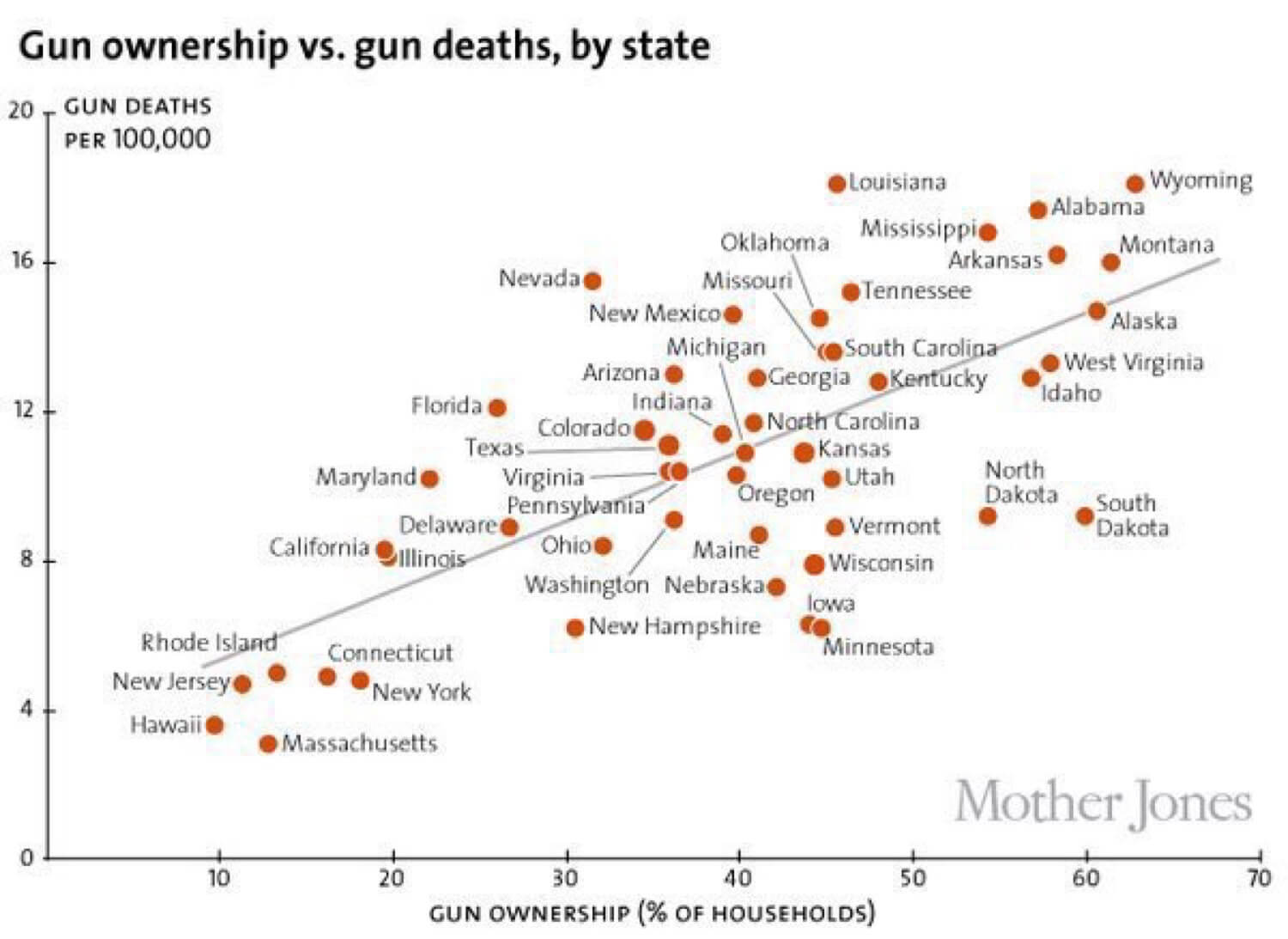 When people get emotional they get crazy. And when they have a gun this is what happens:

Just a week before, also in Orlando, a famous YouTube star Christina Grimmie - a young 22-year-old girl - was doing a concert and right after that was signing autographs and some crazy person just approached her with a gun and killed her. Just like that.

And if you think this was out of ordinary just look at this monthly newsletter from “Parents Against Gun Violence” where you can see why people kill people. When someone gets angry they reach for their gun because they can: 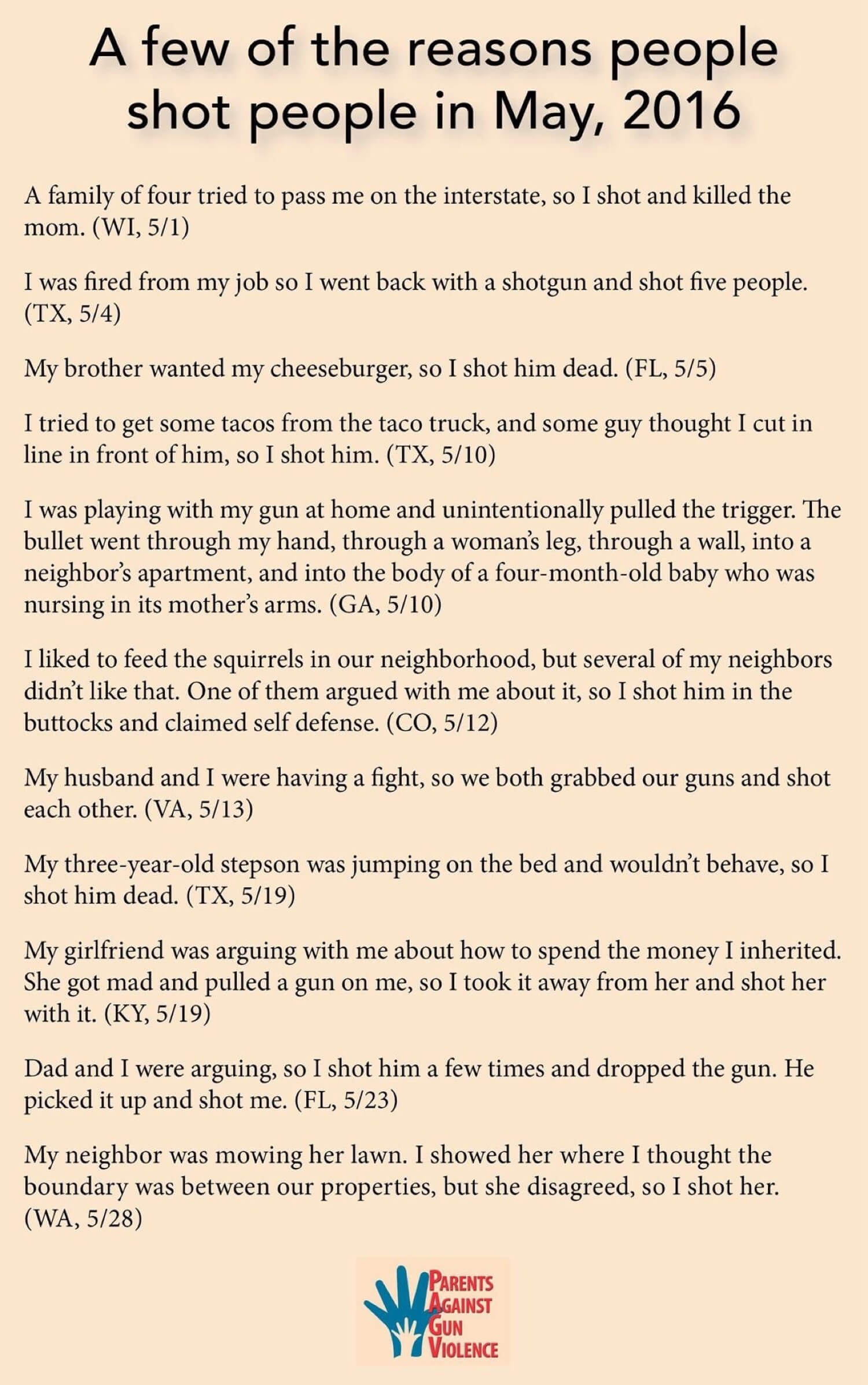 In Europe we don’t have guns so when we get angry we yell at each other. People shouldn’t be solving their anger issues and frustrations with guns. Which brings me to the next point:

2. Mass shootings in the USA happen almost every day! It’s the new norm and it shouldn’t be like this!

In Canada there have been eight mass shootings in 20 years. In the UK there were three and in all of Europe there were around 30 in the same 20-year period (including the massacre in Norway). The US had seven just last week!

And 998 since the Sandy Hook Elementary School shooting in December of 2012 - in the last 3.5 years - in which at least 1140 people have died and 3942 were wounded! That’s more than 5000 people shot! Just think about the scale of this - it doesn’t even compare to anything else in any other country in the world! 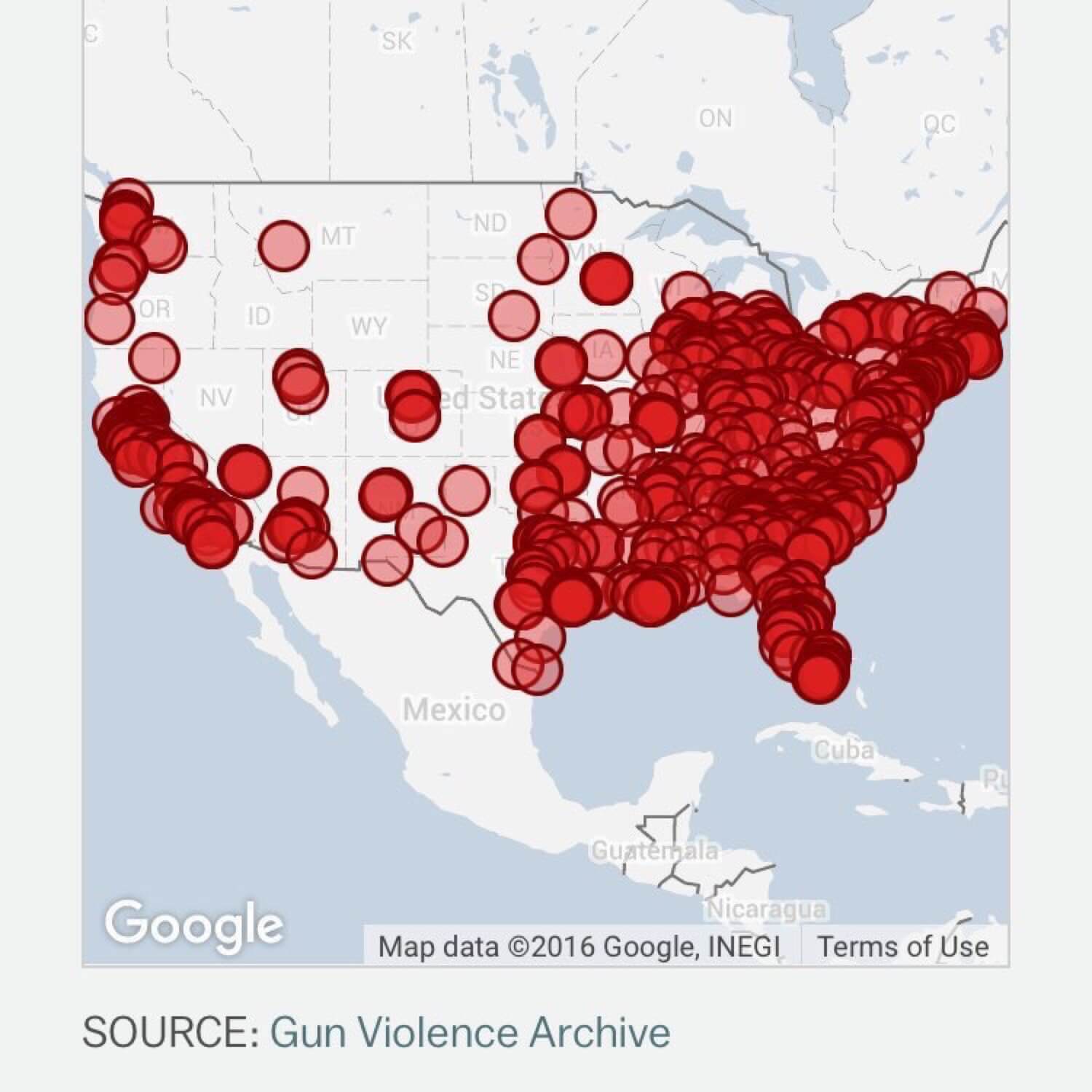 3. Mass shootings are NOT done by terrorists!

Yes, in Europe we’ve had a few terrorist incidents like in Paris and Brussels and Spain… but these were organized terrorist attacks. In the USA people say it’s the terrorists that shoot people but the facts state that it’s simply not true - people kill people. US citizens kill other US citizens: 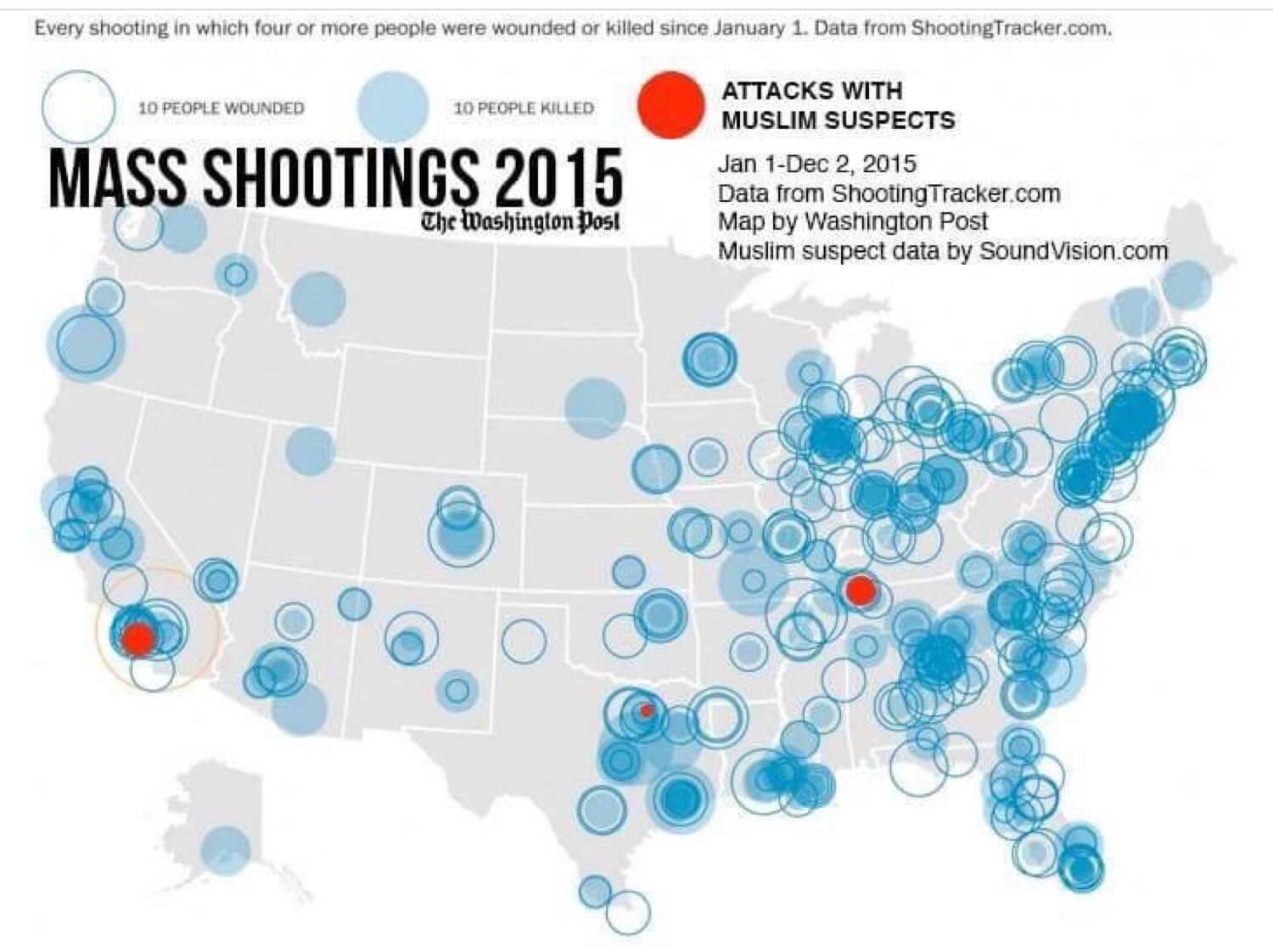 Yes the person shooting in the Orlando club was of Afghan origins but he was a legal US citizen. He was actually a regular to the club. He was a bodyguard. He just bought a gun for himself legally and he used it against other US citizens.

4. Cars also kill people, but they’re a means of transport!

A gun’s purpose is to hurt and kill and why do you need that in the 21st century?

You think America had a bloody past with the Wild West and all? Think about Europe and the 1st and 2nd World War!

We’ve all had a violent past. But Europe moved on and banned guns and America certified and expanded the second amendment. The outcome is pretty obvious in the stats of people killed.

Please, keep the Wild Wild West in the movies and move on, America, please understand that…

5. Owning a gun is not a right. It’s a business decision. The NRA doesn’t care about your second amendment. 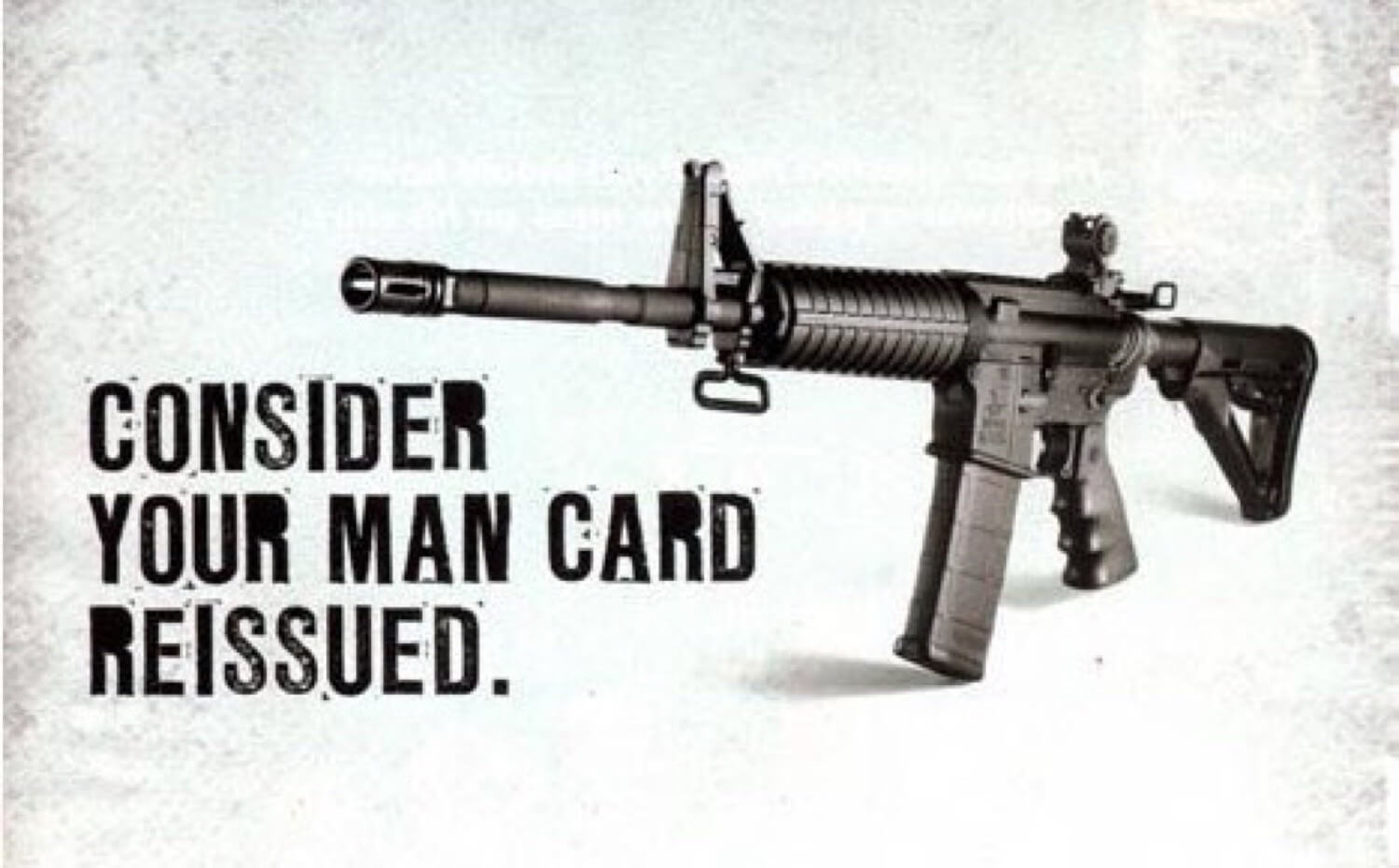 I guess this means there are no real men in Europe because nobody here owns an assault rifle. Just tell me how this kind of advertisement doesn’t encourage violent behavior.

Owning a gun is not a right, it’s a business decision, and the National Rifle Association knows this. They just want to keep selling guns and they don’t care about all the lives being lost. So please think what you’re defending because the next victim could be a member of your family or a friend.

If you want more details on this, watch the movie “Bowling for Columbine” by Michael Moore.

6. You cannot defend yourself, unless you hold your gun in your hand all of the time.

And going back to the mass school shootings, how do you expect seven-year-olds and six-year-olds to defend themselves? Do you want these small kids to carry guns? Yes, the NRA would be very happy with this idea…

7. Life without guns is possible. It is happening in Europe right now. Come visit and have a look.

I shouldn’t really care about all this. I live in Europe and I’m safe here but most of my Nozbe customers are from the USA and I care about them and don’t want them to die an unnecessary death. I want them to live just as happily as we live here in Europe.

Everyone is entitled to a different political opinion but if you’re a gun owner or pro-gun ownership, please do your homework and read this again. Please check the stats - Google them or check them on Wikipedia if you don’t believe me. It’s all in there. Think about your kids, your loved ones and your friends.

It’s not like Europe is better than the USA. But in this regard it is. We have moved on from our violent past and regular people can’t have guns here. We don’t have gun shops. We don’t have the NRA. We also don’t have mass shootings… and when we do, it’s an exception to the rule and not an everyday occurrence. Come visit Europe. This can be done. Life without guns is possible.

Here’s the latest performance by the late 22-year-old Christina Grimmie, who was shot by a crazy white person with a gun

Still unconvinced? Listen to John Oliver talking about this:

Question: When will this craziness stop? What will you do about it?