Each year we run a special Nozbe offer around Christmas/New Year’s where our customers have a chance to “give productivity”, meaning, to buy a Nozbe personal plan for someone for the next year. To essentially give them the tool that’ll help them get things done and finally make these New Year’s Resolutions happen. Many folks take us up on this offer… but some are skeptical about our intentions and question whether you can “give productivity”. 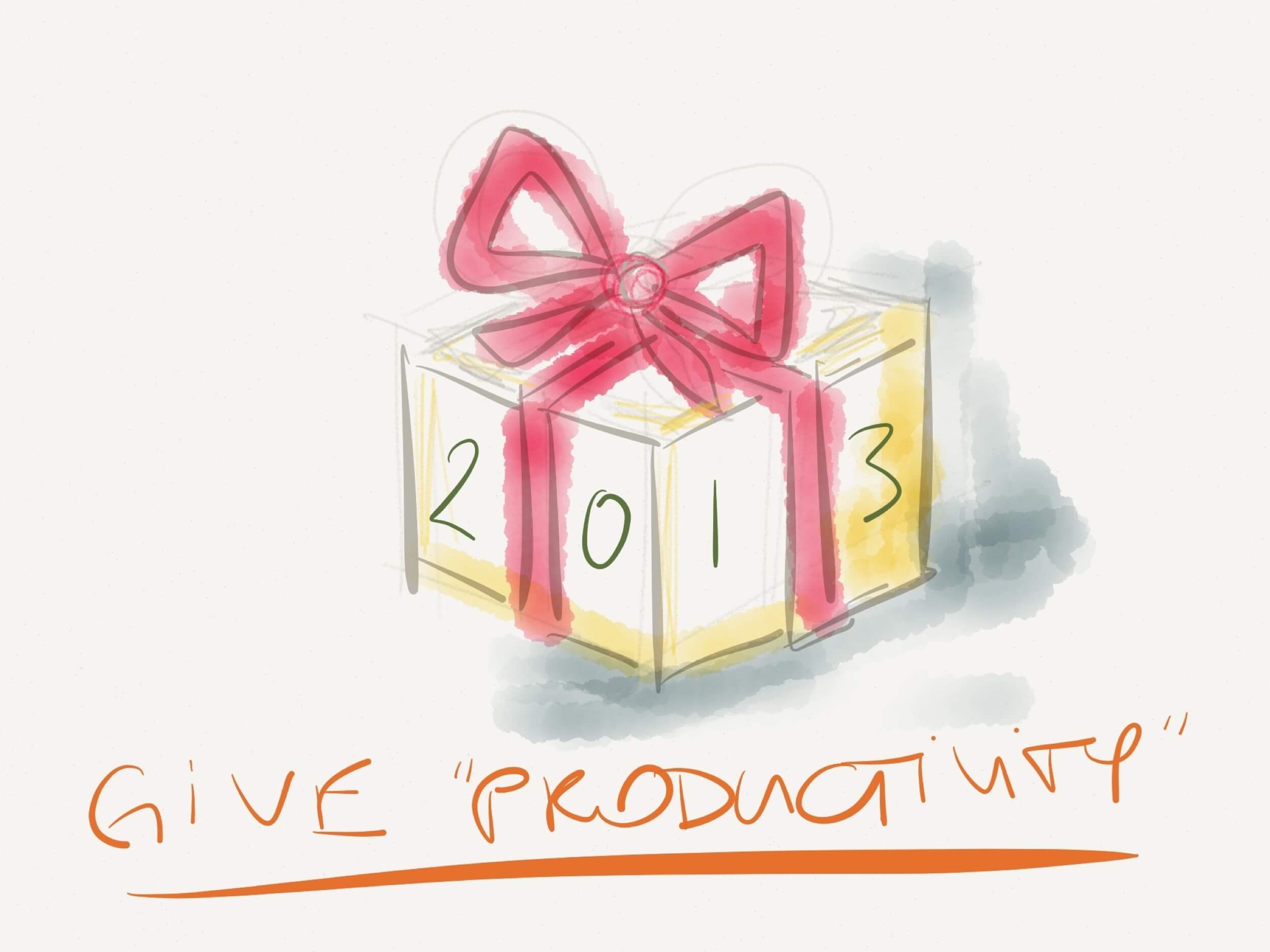 Do you have to be designed to be productive or organized?

Let me start with a short personal story. My wife is an “organized” woman. She gets stuff done. Seriously. Wherever she works people praise her for her great work ethic, focus, effectiveness, organization… essentially for getting lots done.

Well, I wish I was like her right off the bat, let me tell you.

Until I found “Getting Things Done” book by David Allen, I was a disaster. A very promising guy who couldn’t be relied on most of the time because of over-committing to things and his over-optimistic-approach. And I still was like this when I shipped Nozbe back in 2007… and I’m still like that at times… but I learned a lot since then. By running a productivity software business and doing Productive! Magazine, Productive Show and other things… I learned some good habits and got some stuff done. And I’m still just a “work in progress”… but we all are.

Back to the question - the short answer is this - you don’t have to be designed at all - all you have to do is to learn a few habits. And then some more. And stay at it. And you’ll be all right… and you’ll get a lot done.

Can you give “productivity” then?

Yes, I believe you can. When we run our annual promotion and encourage people to buy Nozbe for others, we get a mixed reaction… meaning some people do it and others think it’s a sales’y way to get… uhm… sales. I don’t think about it that way. Yes we do get a few more sales and that’s always good for business but it’s not why we’re doing it. We do it to give our customers and their friends a kick in the “bottom” to finally act on their New Year’s Resolutions. To start the year with a new plan… and with a tool that’ll help them get their stuff done.

Signing up doesn’t mean you’re already “organized”. It’s the first step and nothing else

You see, many folks sign up for apps like Nozbe or other “task managers”, “organizers” and “productivity tools”. I think it’s great. However, while the sheer act of signing up for a tool feels great, you have to actually use the tool to get some stuff done. The free tools are the most dangerous - you sign up, costs you nothing, you feel organized… right?

Well, that’s why with a promotion or a sales offer or an incentive to help someone else what I’m essentially doing is basically this - I’m asking my customers and their peers to commit this time and make 2013 their greatest year ever.

Design your “productive” self

Question: What’s the last productivity habit you learned recently? How did it help? Are you committed to making 2013 your very best year ever?