Last week two people I greatly admired died. One of them a sports legend - Kobe Bryant - who was just one year older than me… and the other one - a thought-provoking business legend - the author of the “innovator’s dilemma” - Clay Christensen. This short post is my tribute to them. 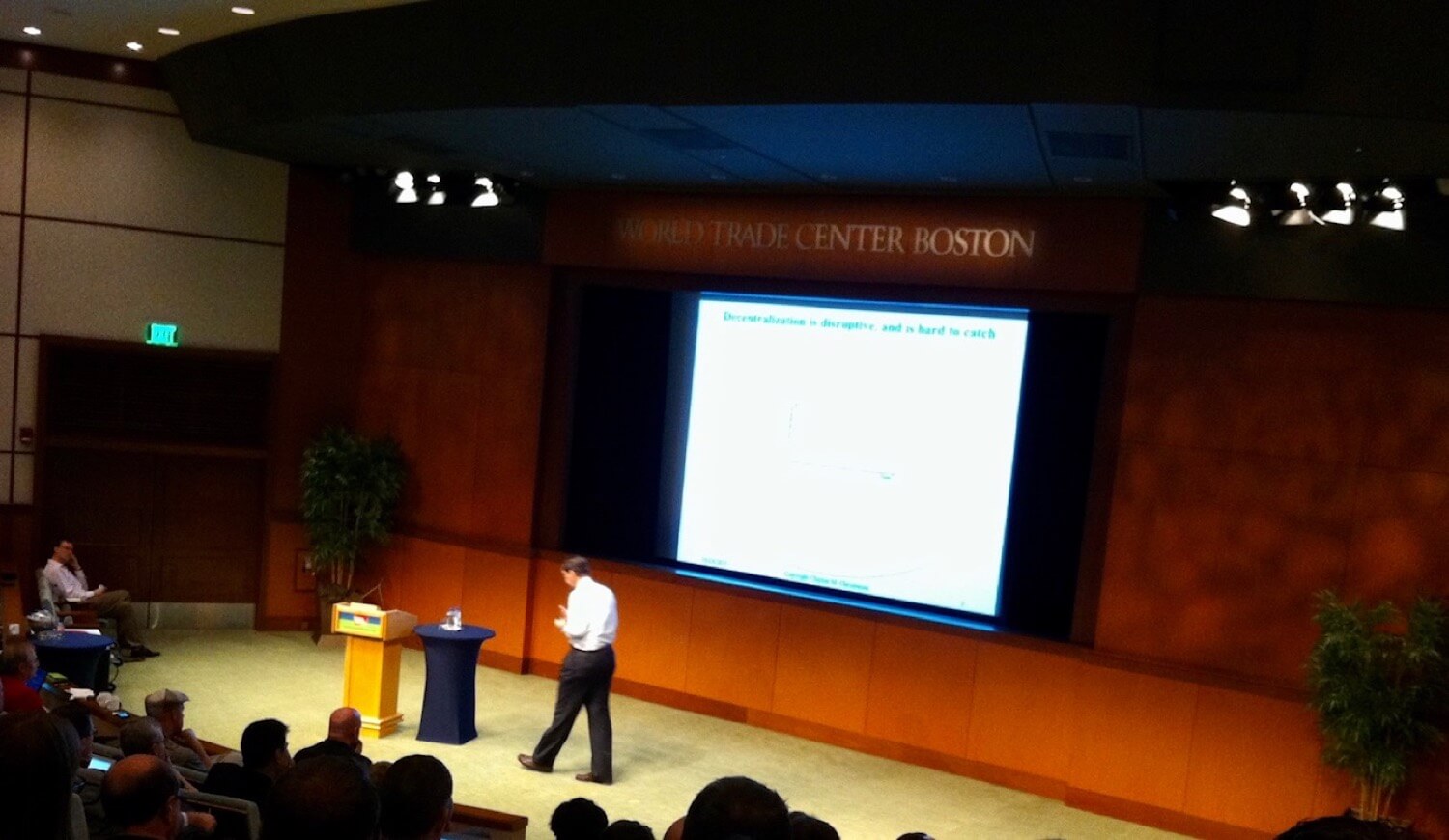 I saw Clay for the first time on Business of Software Conference in Boston in 2011 - you can watch his presentation online (photo above taken by me from the audience). This was the first time I heard about the theory of disruption, the “jobs to be done” and the innovator’s dilemma. After that I watched many more of his presentations and interviews in the podcasts like Critical Path.

He shaped the way I think about products and also the way I develop Nozbe and Nozbe Teams. I keep asking myself - what would Clay ask? What are people using our product, really hiring it to do for them?

I remember when Kobe entered the league and I thought he didn’t have enough talent to have a successful career - I thought he was going to become an NBA celebrity and not much more. Especially due to his “Kobe elevation Adidas ads”. I was so wrong about him.

He started slow but then he wan the slam dunk contest in 1997:

He won 3-times championships with LA Lakers first… then he scored 81 points in a single game:

And then in his last game ever after 20 years with Lakers, he scored 60 points as his farewell party:

Both died untimely death. Both had so much more go give… but they inspired generations… they affected many… and they were and will continue to be important to me.

Thanks Clay and Kobe - and see you in the afterlife!