A few weeks ago I was invited to participate in the European Pirate Summit in Cologne Germany and the event was a blast. I gave a talk on Bootstrapping and here I’d like to post this talk’s summary. The images I used are copyrighted by the owners of The Pirates of the Caribbean movie franchise and hope they’ll forgive me for using them - it’s for educational purposes only. They were perfect for explaining my pirate, startup life. 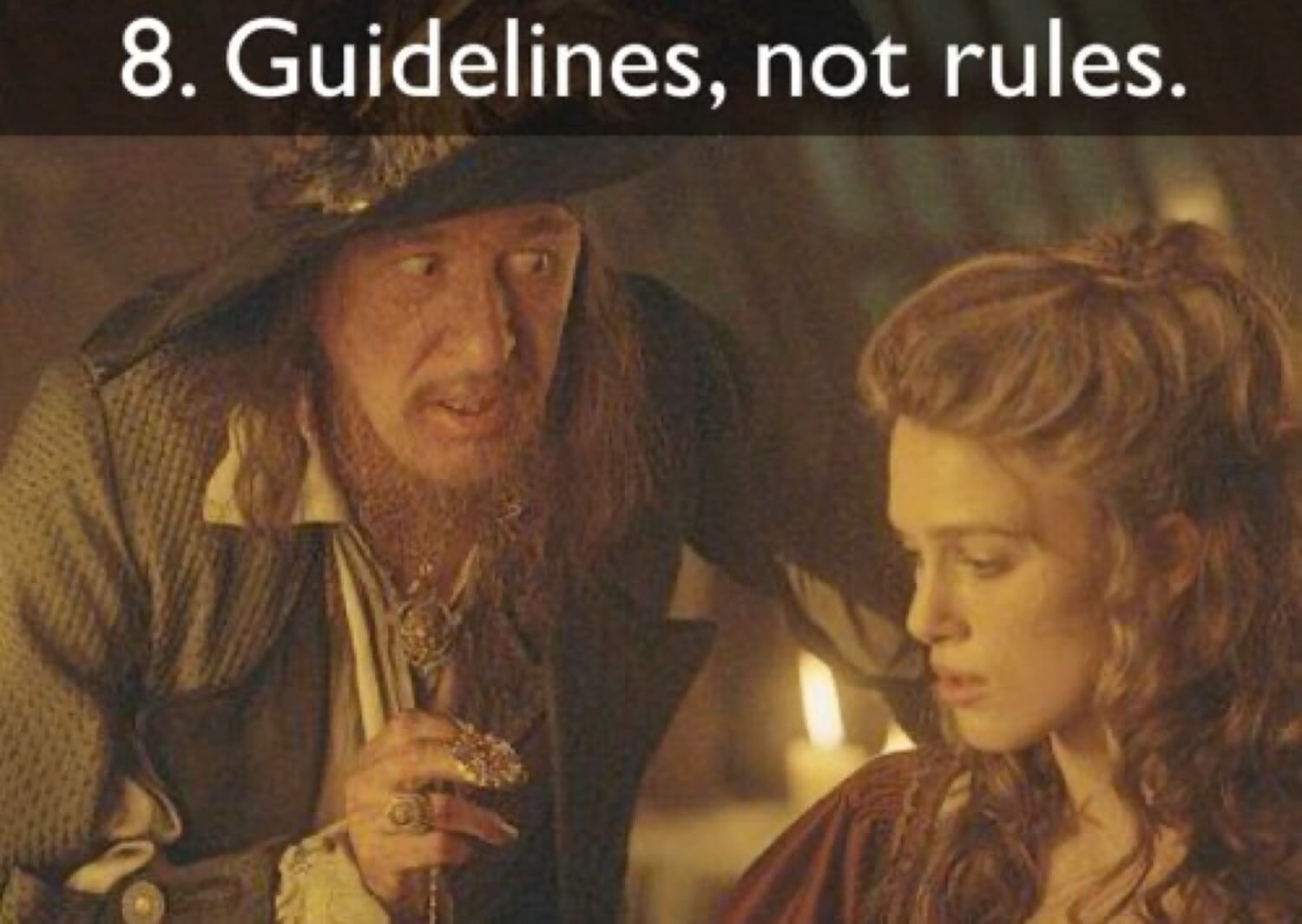 Fights & Scars in the life of a Bootstrapped Pirate

As I started my journey of bootstrapping with my Nozbe startup, I learned a lot of lessons and fought many fights and I keep doing it. This is the life of a pirate with self-funding, self-investing, never-ending with problems vessel… and a life I wouldn’t change for anything else.

Here are the 8 principles that drive me every day and make my pirate bootstrapped life a great one:

If you’re not passionate about your business, industry, product, people… but you’re in for the money - forget it. Pirates are in for the thrill of seeking and finding the treasure, not for the treasure itself. After finding one they’ll search for another. It’s passion that drives a pirate.

2. Your Vessel will not be pretty…

In the beginning a pirate doesn’t have the best vessel in the world. He dreams about it but starts with something small that will help him find the treasure. When I launched Nozbe it was designed by me… and it wasn’t pretty, but it was good enough and convinced users to buy a subscription and use it daily and launched my pirate journey. That’s why start with a minimum viable product and go from there…. just start!

The treasure is more powerful than any map or compass. Sometimes you just feel it and you don’t need a map. Just go with your gut. When I built a mobile version of Nozbe (iNozbe) optimized for the first iPhone, I didn’t have the iPhone to test it. I just built it and let my users test it on their iPhones. I was kinda-blind but it didn’t stop me from doing it anyway!

Even Will Turner didn’t start as a full-time pirate before he knew he had to commit. I started Nozbe as a side project and ran with it for an entire year before I decided to focus on it full time. By then I had enough revenue in order not to starve and hire my first developer (now he’s my CTO). Build a product, run it on the side and when it starts to take off, dive deep!

Your focus is the treasure, not other pirates. Jack Sparrow doesn’t care about other pirates, he runs for it. Do the same. Ignore your competition and focus on your expertise, vision and gut feeling. Go for it like a real pirate and don’t obsess about others doing a similar thing as long as you know what you’re doing.

Don’t settle for status quo and for winning your first treasure. You will see there are more treasures up for grabs. There’s just more work. After almost 5 years Nozbe is by no means complete. There are so many improvements we want to introduce that we just need to work harder. We are about to launch Nozbe Desktop client (native app) and it’s a big deal for us. New design, better UI, can’t wait… we keep on conquering.

Things happen, maps break or get lost. And sometimes a language pops up that you don’t understand. But move on and fight it. When Nozbe started being popular in Japan, I didn’t know what to do. Now we have a Japanese operation, customer support and even a book about Nozbe (our first ever worldwide). It was a blessing that we got so successful there. Even though at the beginning it was confusing.

My favorite scene in Pirates of the Caribbean: The course of the Black Pearl is between Captain Barbossa and Ms Elizabeth Swan when he explains that the famous “Pirate Code” is not an actual law, it’s just a set of guidelines. That’s what your journey is. Each piece of advice from a VC, mentor, Techcrunch post, or wherever is just a guideline, not the actual law. It can work for you but might not. The popular wisdom is just that, and nothing else. They told me I couldn’t make it from Poland to have a global impact, I did. They said I needed a co-founder, I don’t have one, I treat all of my employees (all 8 of them) as co-founders…. etc.

Anyway, this was my pirate journey and my small piece of pirate advice. Arrrrrrrr!

Related: I encourage you to watch this great video Mike Butcher of Techcrunch did on the Pirate Summit, an interview with yours truly starts at ~ 4:30 min.

What kind of pirate advice would you offer fellow startup/business founders?