In a few days the Polish startup community will be awarding new startups Aulery - an annual award for innovation and global ambition. The funny thing is that the history of this award aligns with my history of starting and running Nozbe - because I was one of the first winners! Here’s how it went down: 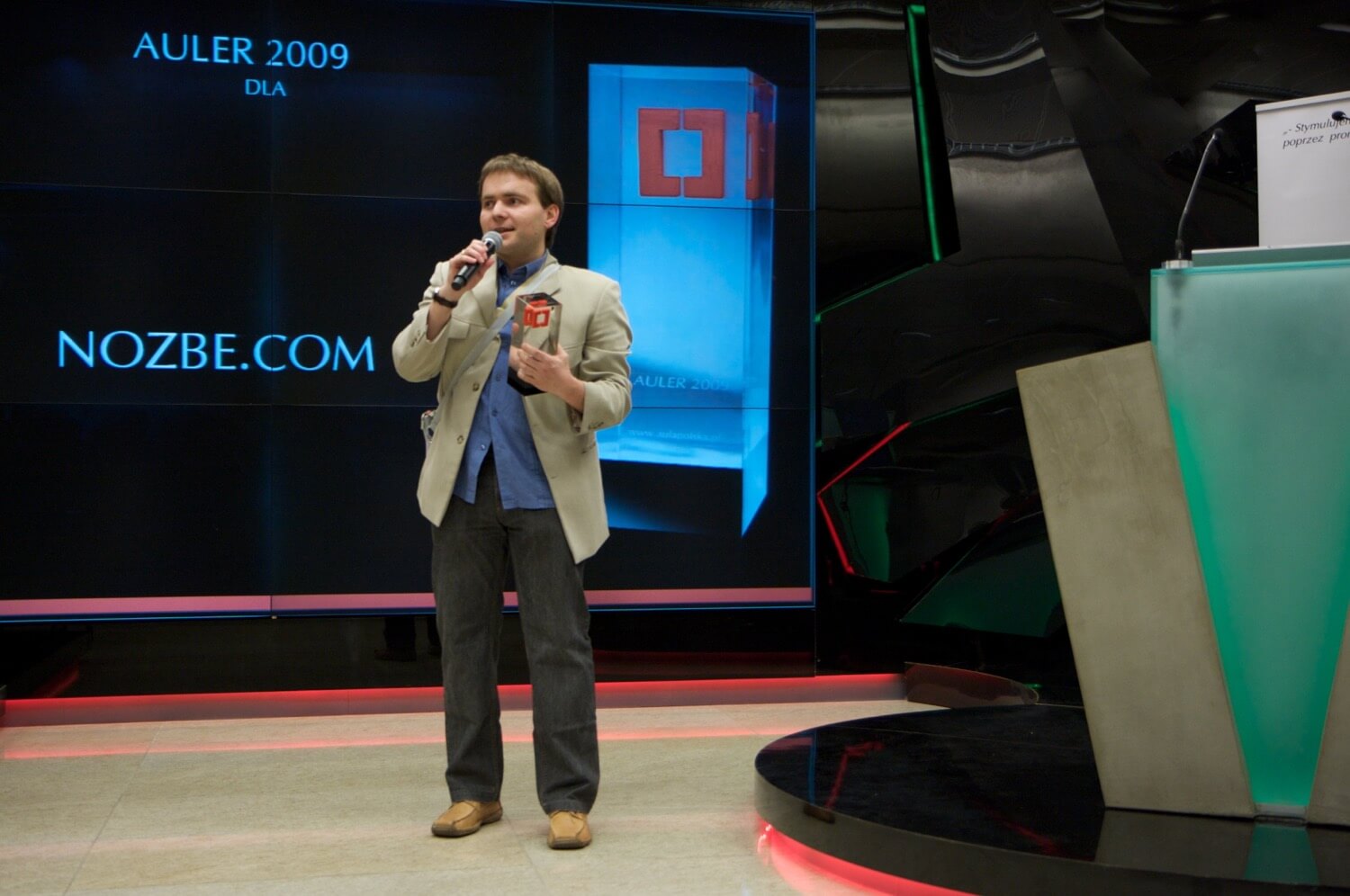 It all started with Aula Polska meetings in Warsaw…

Back then I was living in Warsaw, Poland and I was regularly attending regular startup meetings. My favorite one was Aula Polska organized by my buddies Artur Kurasiński and Krzysztof “Chris” Kowalczyk. As I was a lone startup owner, meeting with like-minded entrepreneurs was a treat for me.

After all, I founded Nozbe in 2007 and by the time it was 2009, I only had two additional part-time team members and that’s it. At that time Nozbe was already a small global success and my peers from Poland were impressed that most of my users where not Polish, but American.

Anyway, back to the night of the first Aulery awards. I remember they were preparing a special meeting of Aula community in a very special venue - Warsaw Stock Exchange - and they insisted I’d come. I really wanted to go, but because me and my wife just had a new-born child, I was also juggling the life of a startup owner and dad very poorly and told them I might not make it this time.

You must make it here, Michael. You must come!

One of the co-organizers pressured me so much (using a now-defunct Polish version of Twitter - Blip), that together with my wife we had to figure out how we’ll make it happen.

I eventually came to this meeting while still not having any idea that there will be an award ceremony and that I will get one! And that Chris will be giving it to me: 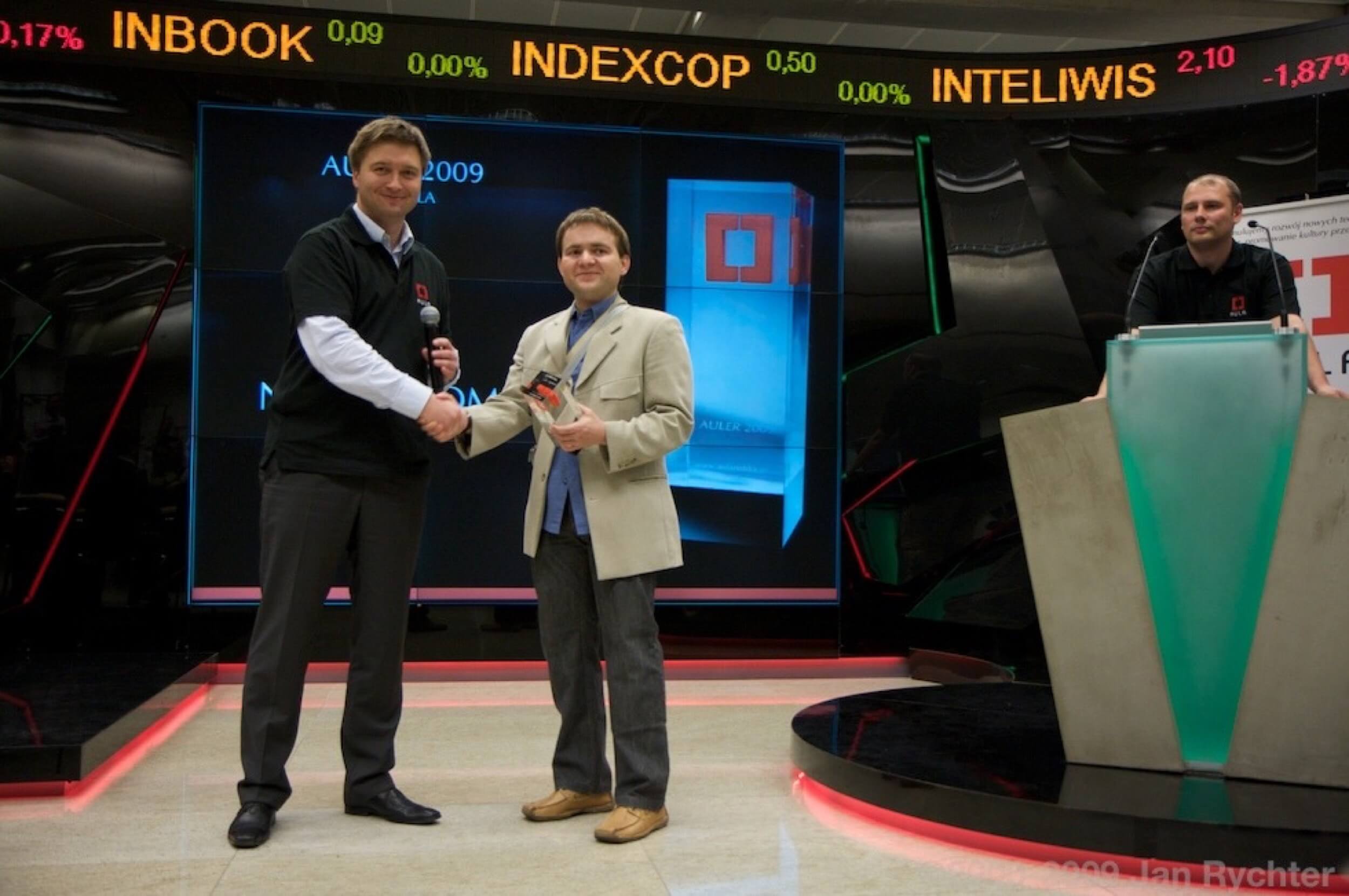 I was shocked and surprised when they announced an award ceremony and that they chose only 3 startups for this special award. It was me, Mariusz Gralewski and Ola Lazar. That’s it. Three founders of three startups. Here’s me with Ola: 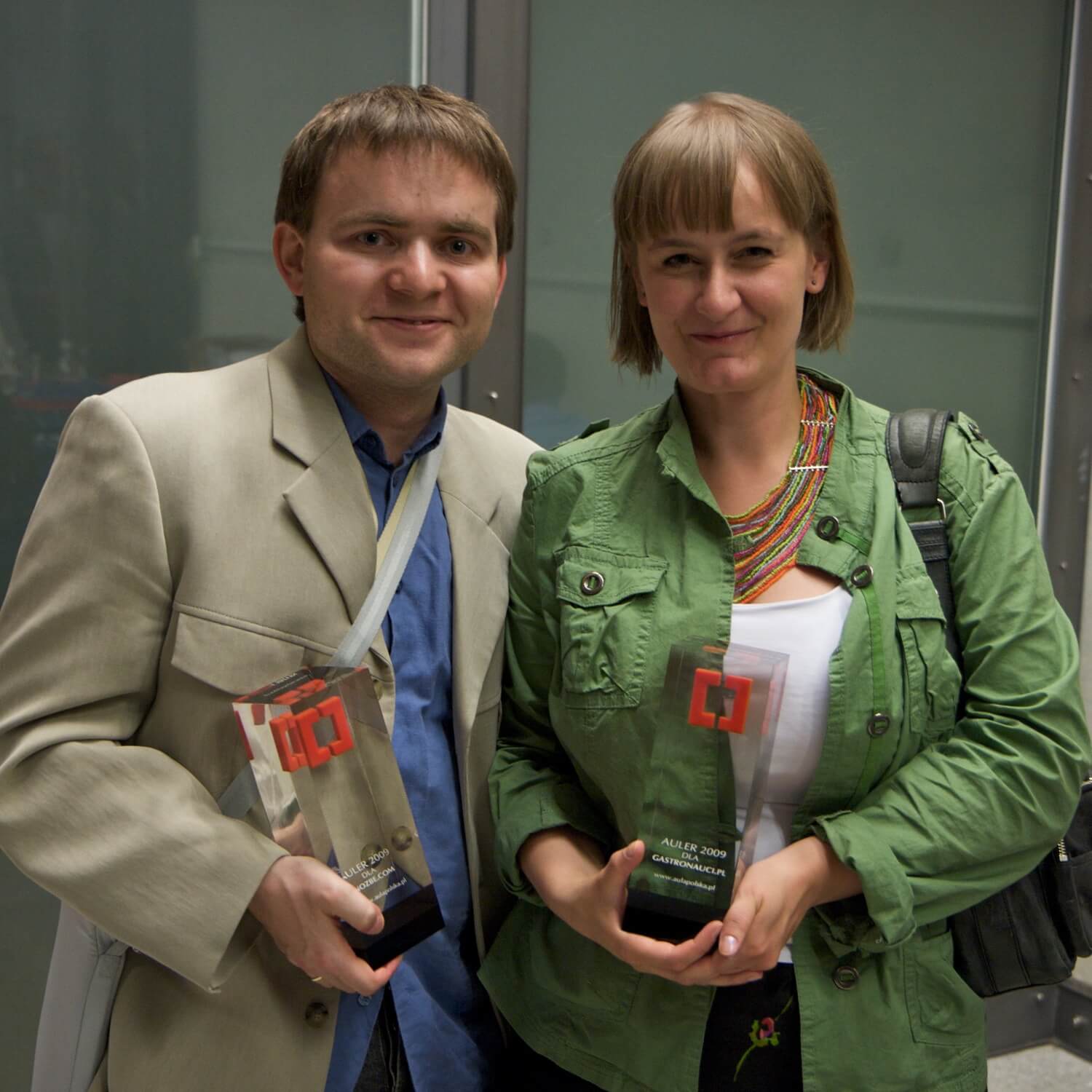 Aulery award means a lot to me, because it’s an award by my peers!

I still keep this award in my home office after all these years as it reminds me how cool it is to be appreciated by your peers - by like-minded people who are also in the trenches of starting up their companies, trying to change the world and build meaningful products.

This award also helps me combat my inner impostor syndrome to constantly remind me that my efforts are appreciated not only by my thousands of Nozbe customers but also by my peers. Thank you and good luck to this year’s winners (to be announced on December 14)!

Let’s keep changing the world for the better! 💪