If you’ve been following my Twitter feed lately, you can see I’ve been traveling in Silicon Valley in California, visiting headquarters of the companies like Facebook, Yahoo, Google, Techcrunch, Plug and Play Tech Center and others… and most of these companies have office spaces that look like this: 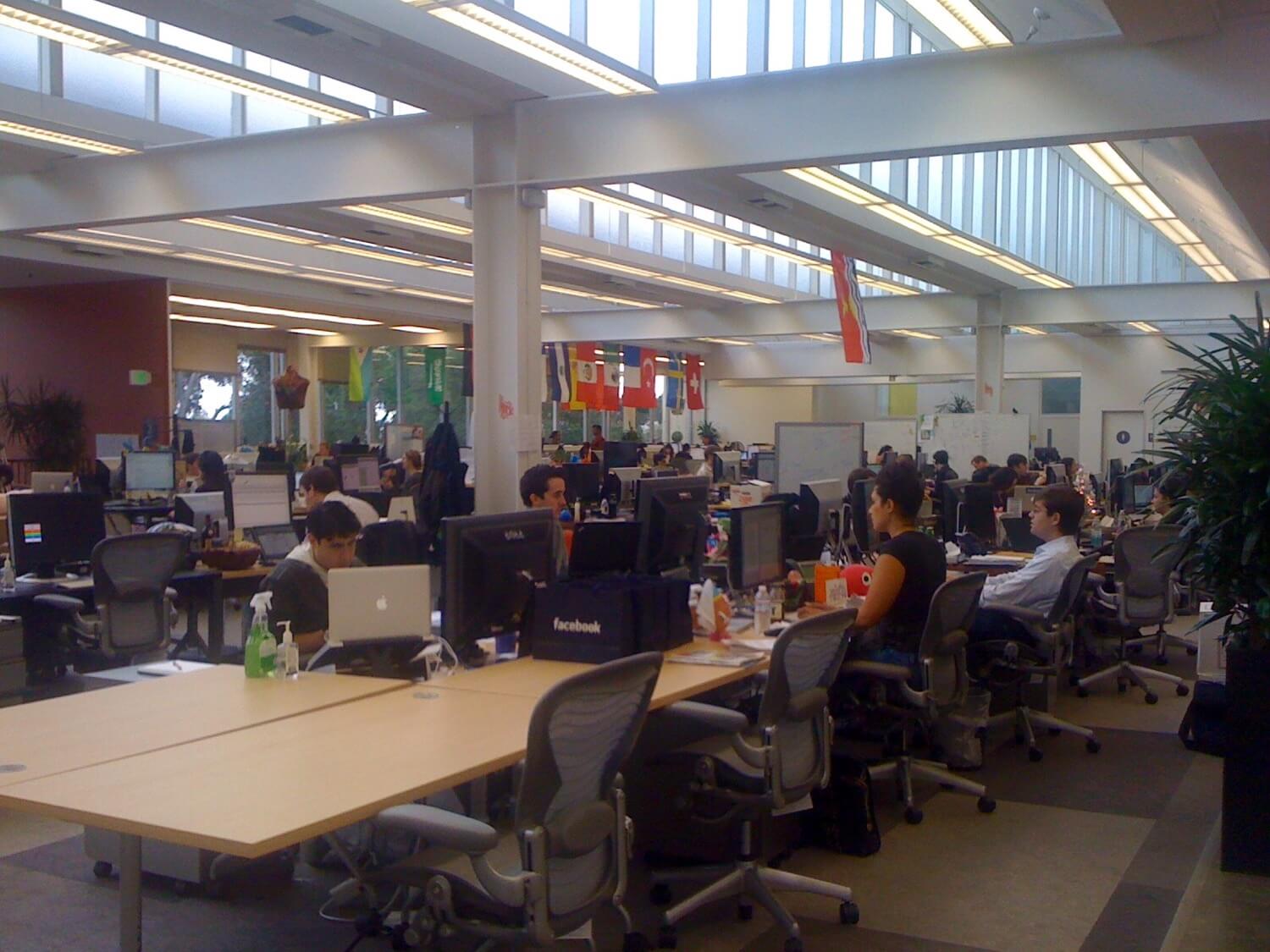 “Open to everyone”… and everything - including distractions

All of the companies say this kind of office setup is cool and promotes openness… but what they don’t tell you is that it’s really hard to concentrate and get things done in a setup like this. The funny thing is that most of the guys who designed offices like this are brilliant people who might have even read the book “Peopleware” but they somehow forgot about the key advice from this book…

How to get stuff done in an “Open” environment?

OK, let’s be constructive about this situation and embrace the “openness” and give some solutions as to how to be effective and productive in this kind of environment:

Yes, I’ve heard that before - developers and office workers use headphones to clear the noise, but many studies have already shown that programmers do a better and more creative code when they are sitting in silence than listening to the music. Music is usually a distraction as well.

The problem with working in a place like this is the fact that even if you’ve cleared the noise with headphones, you can still see everyone around you. To make sure you won’t be tempted to look around and stare at other people, get as many display monitors as you can… and as big screen displays as can be - this way you won’t be able to see people around all that much.

Using multiple monitor setup is actually a great productivity booster as such, but in an open environment it gives an additional benefit of being a barrier between you and the guy in front of you.

That’s right, embrace the fact that most (if not all) companies in Silicon Valley prefer open spaces. That Venture Capital firms which invest in startups don’t want them to “waste” money on private offices. Be proud of the fact that you work for Facebook in an open environment - after all it’s the most over-valued and over-hyped startup in the world and they are allowed not to care about your working environment.

Finally, enjoy the good weather in California, maybe other programmers at companies like Fog Creek have great private offices, Aeron chairs and a overall fantastic environment (I know, I was there)… but they are located in the cold New York City.

The “solutions” described above won’t help all that much

This is why they are written with ‘ “ ‘ sign - these are not solutions but key problems I have with open spaces. Aha, and did I mention that it’s really hard to get stuff done in an office because people can poke you and distract you all of the time? Well, in an “open” office constant poking is guaranteed.

I don’t like open spaces and I think they’re a contradiction to productivity. I’m just not THAT open - what do you think?