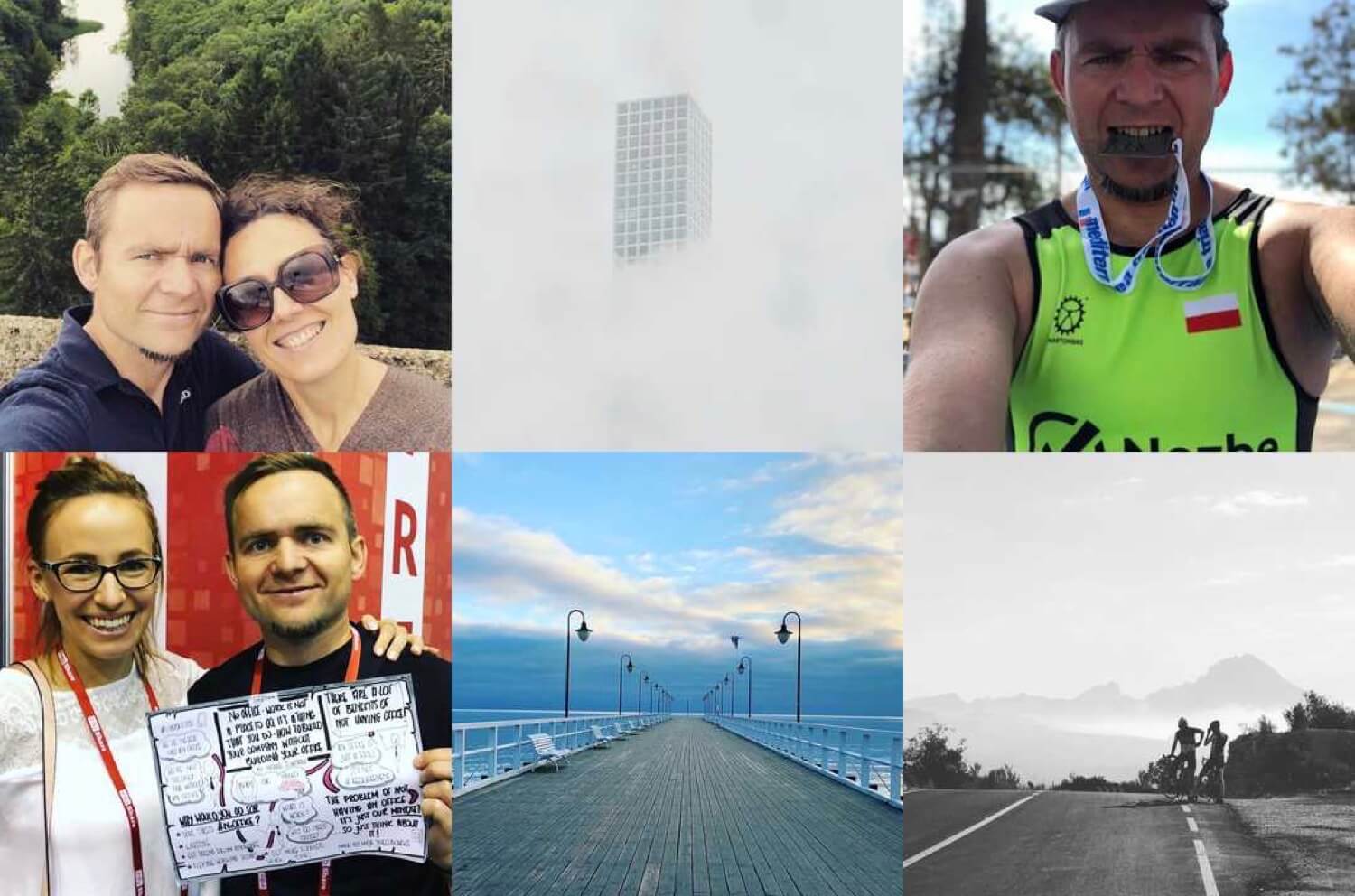 This year was very interesting. Lots of travels. Lots of new feelings running my company and quite a few public appearances. And lots of fun in the process. Here’s the complete list of learnings from 2018:

Lots of travels, including a first ever sabbatical

I didn’t count yet, but I think last year I traveled the most in years. My wife had to take additional unpaid vacation from her job to be able to travel as much and it worked really great for us both and for our family.

The highlight of the year was a 6-week sabbatical for me - first time ever in the almost-12-year history of running Nozbe. I completely unplugged from day-to-day operations for 6 full weeks. I wasn’t checking Nozbe, Slack… or even email for that matter. We first went for a family retreat with our community of catholic families and later with my parents we flew to the USA and Canada for a long trip.

This was a completely new feeling for me - not thinking about the day-to-day affairs of the business… and hoping everything would work out in the end… and it did and we actually had our best August revenue-wise in the company history… so I wasn’t that needed that much after all :-)

3 major conferences and one TV appearance!

I haven’t made that many public appearances in a while - 3 major conferences: Infoshare, Zyj w Obfitosci and Mobiconf… as well as first time ever on Polish national TV.

While the TV appearance was fun, I’m particularly proud of the conferences I went to as I talked about the basics of why #NoOffice is something you need to consider and later how to use mobile apps to run a #NoOffice company.

I’m still fit, and I’ll be even more this year… and I discovered something new!

Well, 2018 wasn’t particularly active for me - I did spend time doing sports, but very often I got lazy and wasn’t consistent enough. Something I’m looking to work on in 2019. Here are my stats:

That’s correct. Last year I did 2 Olympic-distance triathlon races and now that I’ve done 10 of them in total, it’s time for a bigger challenge and I’ve already signed up for an Ironman 70.3 race in my hometown of Gdynia in August.

And I discovered tennis!

Why suck at 3 sports when you can suck at 4?

Completely by accident I started getting tennis classes. Actually, I’ve signed up my daughter but she didn’t like it and I just asked the trainer if he’d be willing to train a complete newbie… and he did.

Coincidently one of my best friends likes tennis so we’re playing almost every Friday together… and in the end I’ve logged in more than 30 hours of tennis this year. I’m still a beginner but I’m really enjoying this!

Nozbe - flat but in a good way…

In short, this year was pretty flat revenue-wise for Nozbe, although in absolute terms it was the best ever if you compare USD amounts, but not by much.

We lost 4 people from our team and gained 2 new… and the most mind-boggling thing about all that was that 3 of the people who left the company wanted to change and not be with us anymore. I guess that almost 12 years in I have to get used to the fact that even though we run a #NoOffice company and we’re trying to be the best employer ever, people have different priorities and they might want something else. This is how life is.

We’re also in the middle of corporate restructuring right now and now in 2019 I have to see it through and finish it up. I’m a product guy, so working on the company and business structures is a little boring for me… but as the CEO I have to know this stuff and get it done… so I will.

For the last 3 years we’ve been working on some cool technology behind Nozbe and some meaningful changes to our product… but we couldn’t ship them yet. These were not ready… but finally we’re getting there - so mark April 4 in your calendar. Something very important to you, me and the rest of the productivity industry will go down then. I’m very excited about this!

On our way to launching a major new version of Nozbe we’ve been working on some cool technology behind it and one of the most surprising things of 2018 was launching a very big open-source project called WatermelonDB 🍉 by my The Podcast buddy Radek and the Nozbe dev team. We haven’t done things like this before, so we’re really excited about this!

Yes, 2018 was a mixed bag but it was full of new experiences for me and the Nozbe team. 2019 will be very different. Nozbe will turn 12. I will turn 40. We will be launching a new major version of our product. I will hopefully become an Ironman… wow, that’s a lot to look forward to!