After I’ve initially published my video course, 10 Steps to Ultimate Productivity, I decided to self-publish a book inspired by the course. I went ahead and did that in Polish my mother tongue first, then in English for the entire world to read and now in Traditinal Chinese on Taiwan. Yes, Chinese version of my book, officially published by a major publisher on Taiwan - here’s how it happened and why I’m so psyched about it: 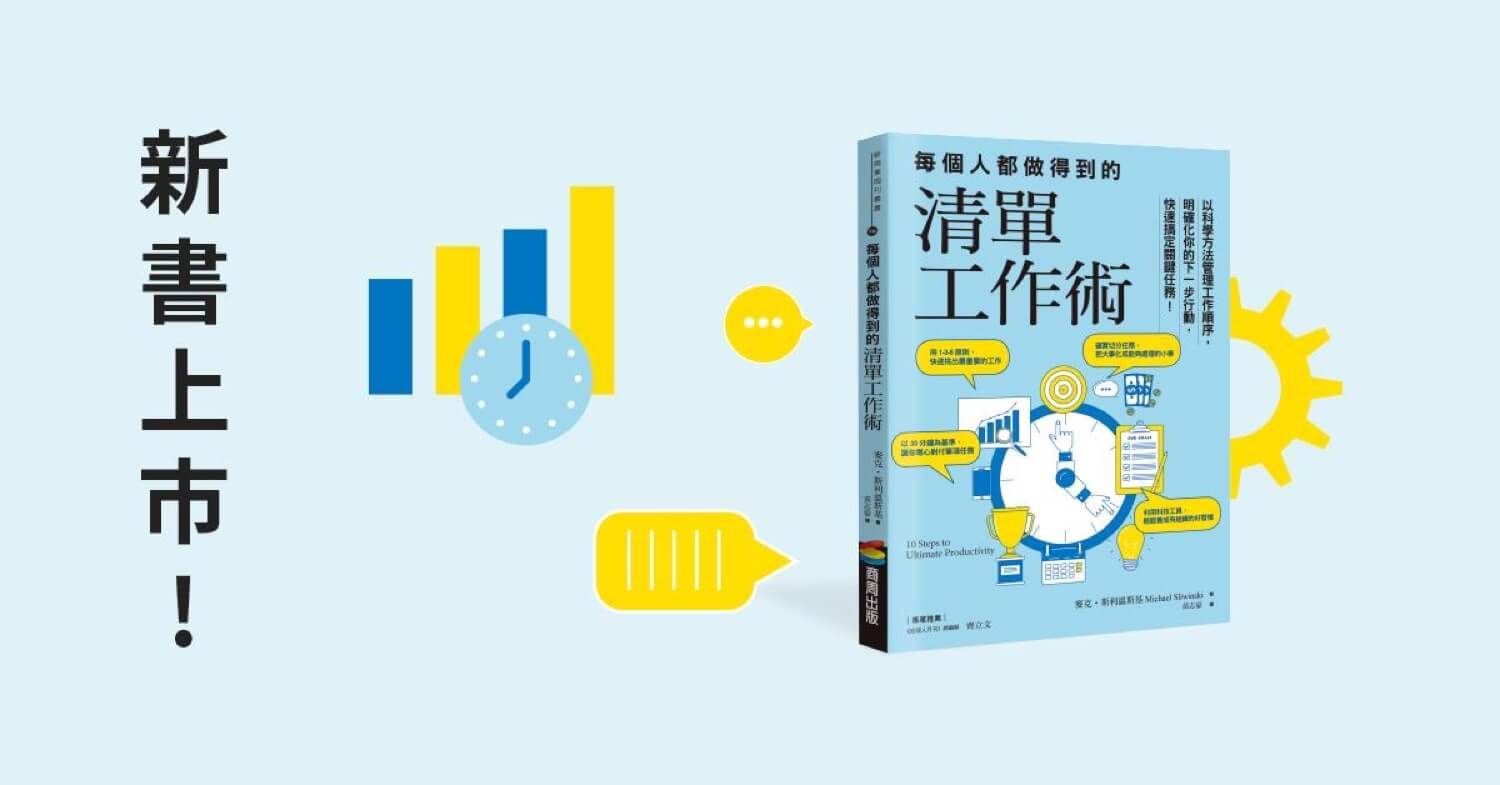 Here’s some back story about all this. A few years back as we were expanding Nozbe on different markets, we decided to try to promote our app in China, as we have seen Evernote’s successful expansion there. We hired Emilia, our Chinese expert and first of all we translated Nozbe to Chinese (both traditional and simplified versions).

From self-publishing to… being published!

We decided to self-publish “10 Steps to Ultimate Productivity” in Polish and it worked very well for us. Later we did the same in English… and as we were exploring other potential markets to translate the book to… we stumbled upon an interested publisher in Taiwan. Actually it was Emilia who did all the heavy-lifting - she contacted many publishers and finally nailed the deal with the one who decided to take a chance on us.

After many months of negotiations and back and forth, we inked the deal and started getting ready to publish the book and now it’s there!

I’m curious how this book will perform on the Chinese market… and I’m hoping to be going to Taiwan soon to help promote it.

Why going with traditional publisher this time?

Easy. While we have many customers and lots of recognition on both the Polish and American market… we have practically no presence in Taiwan… so by going with the traditional publisher we want to see if we can create demand for personal productivity and tools like Nozbe in there… and Taiwan is a pretty big market - 23M people who are very modern, mobile and high-tech.

This is just the beginning. I’ll keep you posted on our progress there, but as of today, I’m not only a published author, but a Chinese one at that!

Here’s direct link to the book in Taiwan